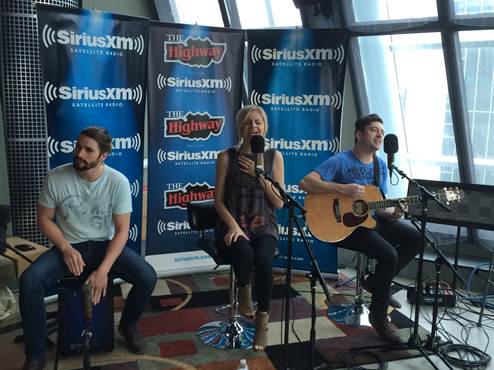 Kelsea Ballerini is quickly becoming a popular name in country music with the release of her debut single, “Love Me Like You Mean It,” even catching the ear of Taylor Swift!  The country newcomer, signed with Black River Entertainment, is set to release her debut album, The First Time, on May 19.

This week, Ballerini spent some time in Nashville at SiriusXM’s The Highway studio.  Performing live on Mornings with Storme Warren, Kelsea showcased music from her forthcoming debut album, as well as talked about her friendship with Taylor Swift (listen here). Check out the performance of her new track, “Dibs,” below.