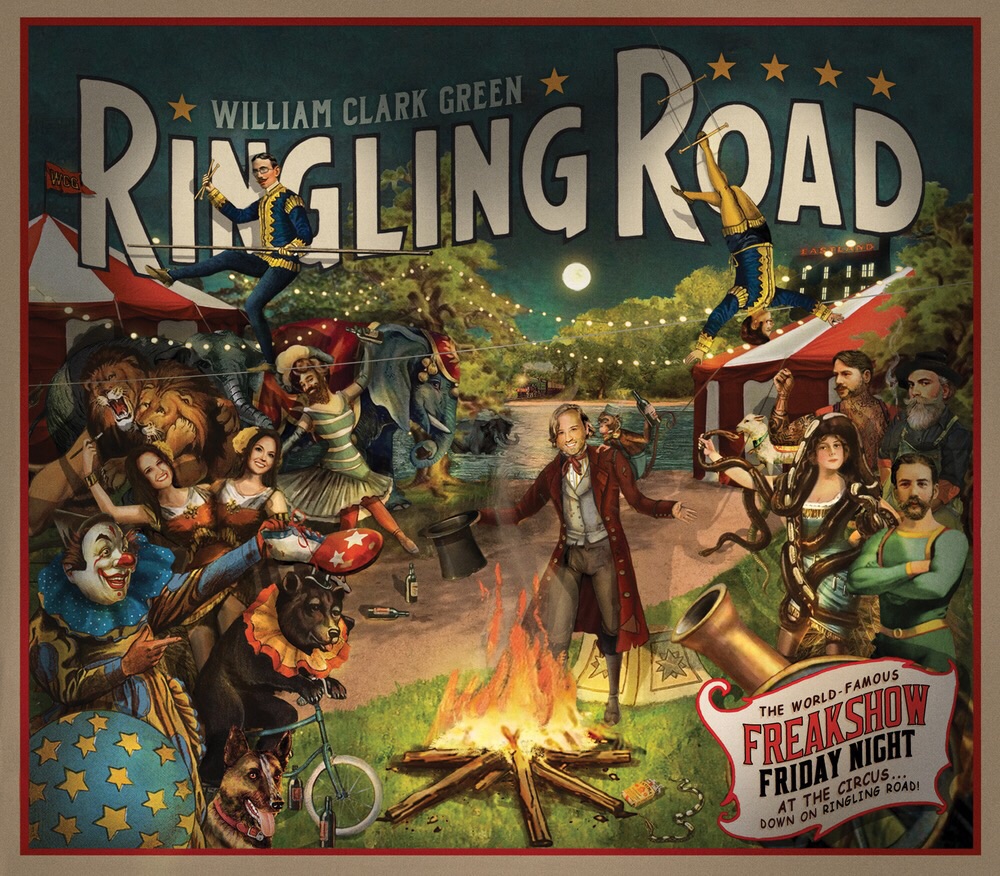 Texas native William Clark Green just released his new album, RINGLING ROAD.  The album is comprised of 11 solid tracks, all of which are written/co-written by William Clark Green.  Green is a well-known artist in his home state of Texas, and is currently making his way across the states introducing his new music.  William brings attention to several musical elements, as well as a fresh new sound, to country music fans with the release of this new album.

CountryMusicRocks got the opportunity to catch up with William Clark Green about his new project.  It was great to get to know more about the singer/songwriter, and we are really enjoying his new album Ringling Road! Check out the interview below and pick up the new album on iTunes HERE.

CountryMusicRocks (CMR): You released your brand new album RINGLING ROAD on April 21. Tell us a little about the album & what can fans expect with this new collection of music?

William Clark Green (WCG): We believe that “Ringling Road” is the best album we have put out so far. We worked very hard on it and we were dedicated to trumping our previous record “Rose Queen”

CMR: You typically write/co-write the songs for your albums. Does it just happen that way organically, or is it a main focus of yours with each project to have your mark on each song?

WCG: Co-writing is a new experience for me and I think that it takes some of the “organic” nature out of songwriting, but I do believe is makes me better. Being challenged by another songwriter has been a lot of fun. Waiting on a emotion is usually what I do, good or bad.

CMR: You have a huge presence in the TX Country Music scene, but you are also starting to become a known name in the national/mainstream scene of theindustry as well. What has this experience been like for you so far, venturing out and expanding your fan base?

WCG: We love touring. Meeting new people and playing new venues is the most exciting thing about touring. We will play wherever they will have us

CMR: If you had to choose one song from the “Ringling Road” that you have a significant connection to, what song would it be and why?

WCG:  “I still think about you” we always put the song that means the most to us as the last track on every album. This song I wrote with my dear friend Kent Finlay who passed away about 2 months ago. He was a Texas troubadour and mentor. He gave guys like George Strait and Stevie Ray Vaughn their start. He loved songwriters and believed every song had a chance to be great. He will be missed dearly.

WCG: Yes and it is an amazing feeling. We partied pretty hard the night we finished it. It’s crazy all the things that happen to us during this album. We faced a lot of adversity and rises above it. I’m proud of my band.

CMR: What is one thing your country music bucket list that you hope you can cross off in the near future?

CMR: For folks still getting to know you, what is one thing you would like country music fans to know about you and your music?

WCG: Integrity and I hope we hang on to that.

RINGLING ROAD is available now and will make for a great addition to your country music collection.  Pick up your copy on iTunes HERE.