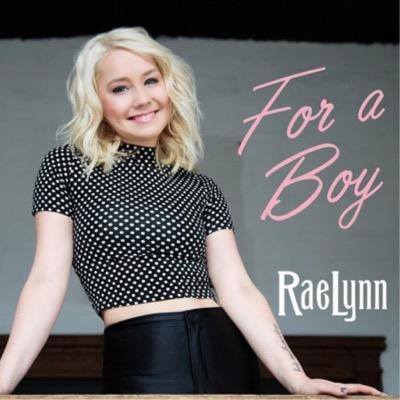 RaeLynn appeared on NBC’s TODAY this morning to chat about her new music and life on the road, in addition to performing her GOLD-certified “God Made Girls,” which marked the highest charting debut single by a solo female artist in 2014. Watch here.

Making her way along the East Coast with National Association for Music Education, Give a Note Foundation and Radio Disney to share the message that music belongs in schools, RaeLynn is visiting five communities throughout a week-long bus tour.

The trek celebrating the 30th Anniversary of National Music In Our Schools Month launched over the weekend during Walt Disney World’s Festival Disney and continues tonight at Sayville High School in West Sayville, NY before heading to Bowie High School in Bowie, MD (March 10); Mason Elementary in Canton, OH (March 11); Ridgeview Elementary in Hobart, IN (March 12) and Thomas Jefferson Elementary in Jeffersonville, IN (March 13). Both RaeLynn and student ensembles will perform “Always Sing,” a song the 20-year-old wrote for the initiative, while Radio Disney’s on-air personality Brooke Taylor will host the on-site activities. During the final stop on March 14, RaeLynn will invite students from Head Middle Magnet School in Nashville, TN to perform with her at the Grand Ole Opry. For information about the tour, real-time updates and photos, visit RaelynnBusTour.com and follow #AlwaysSing on Twitter.

The Voice (season 2) alum will hit the road with Rascal Flatts’ RIOT TOUR 2015 this summer. RaeLynn proved to fans nationwide why BuzzFeed named her one of Country Music’s 15 Brightest Stars while out with Miranda Lambert’s CERTIFIED PLATINUM Tour earlier this year. For tour dates, visit raelynnofficial.net.