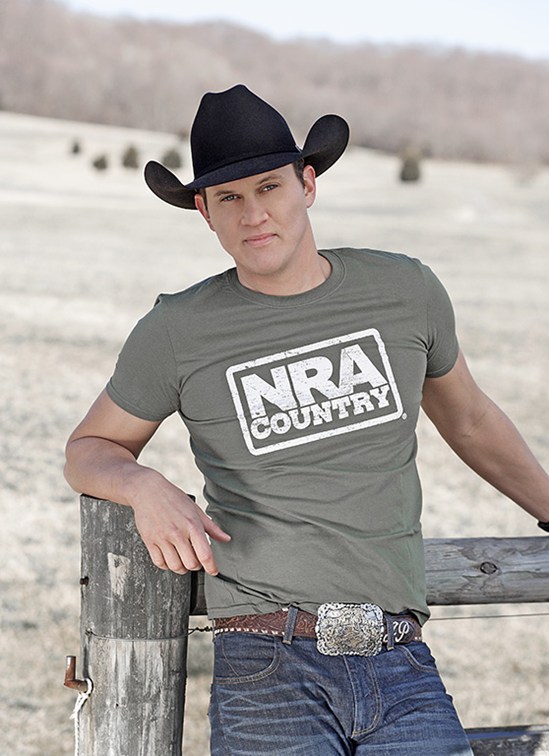 Rising country star and outdoor enthusiast Jon Pardi has been chosen as NRA Country’s Featured Artist for March. The California native has received high praise for his debut album,Write You A Song, featuring hits “Up All Night” and “Missin’ You Crazy.”

Pardi was hand-picked by country legend Alan Jackson to join him on his 25th anniversary Keepin’ It Country Tour this spring, hitting Nashville’s Bridgestone Arena on April 11th, presented by NRA. In between touring with Alan Jackson and selling-out his own headlining shows, Pardi is writing and recording music for his upcoming sophomore album.

“Outside of being on stage, my favorite place to be is outdoors. I grew up in rural Dixon, CA and I’ve been hunting with my father ever since I was a young boy,” says Pardi.  “He taught me how to hunt and shoot, firearm safety and have respect for the outdoors.”

As part of the NRA Country promotion, fans can check out an exclusive performance video starting today, with a new one premiering each Monday in March and register to win a Jon Pardi prize pack including a t-shirt, #pardianimal koozie, and an autographed Write You A Song cd.  Have a question for Jon? Pardi fans can personally chat with him on Wednesday, March 25th at 6:00PM CT/7:00PM ET via Twitter. Tweet questions starting now @NRACountry using #NRACPardiChat. Visit www.nracountry.com to learn more!

As an NRA Country Featured Artist, Jon Pardi joins some of country music’s biggest artists including Florida Georgia Line, Lee Brice, Frankie Ballard, Love and Theft, Easton Corbin, Eric Paslay, Craig Morgan, Chase Rice, The Swon Brothers and many more, in teaming up to celebrate their support of our brave men and women in uniform, appreciation for the great outdoors, and love of family.

Learn more and get NRA Country Connected at www.NRACountry.com!  Fans can keep up with Jon Pardi by visiting his web site at jonpardi.com or by following him on Twitter @JonPardi.