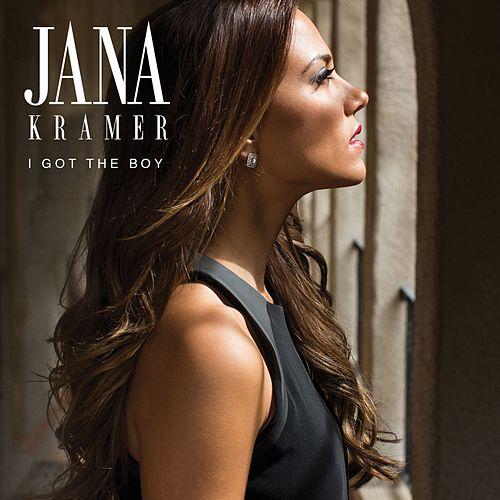 Named one of CMT’s Next Women of Country, Elektra Records artist Jana Kramer serves up the lamenting ballad, “I Got The Boy.” Written by Tim Nichols, Connie Harrington and Jamie Lynn Spears, “I Got The Boy,” enters the Billboard Country Singles chart at 48 in its first week at radio.

“I’ve been trying to write this song about my high school sweetheart for years,” says Kramer. “It’s amazing how songwriters can write your life and this is the story of my high school boyfriend and first love, Matthew. The lyrics say what I was trying to write for years,’ I got the boy, she got the man.’ He’s married now and I’m friends with him and his lovely wife but I called him and told him I found the perfect song that describes our relationship so just know, I’m going to be talking about you,” she says.

“I Got The Boy,” is the new single from Kramer’s forthcoming sophomore album. The 2012 ACM New Female Vocalist of the Year wrote more than half of the songs for the upcoming project.