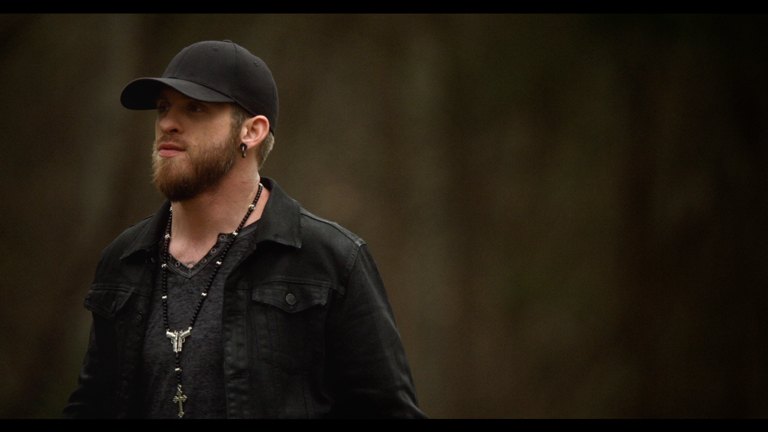 Known for his patriotism and true-to-life storytelling, Platinum-selling Brantley Gilbert is getting personal with his latest single, “One Hell of an Amen,” which is already gaining buzz from BG nation on social media. The brand new video pays tribute to the song he penned in honor of two brave men whose separate legacies prove to be as strong as their fights. One being Brantley’s close friend, Kory, who lost his battle with Leukemia while courageously telling his doctors to “bring it on.” The other is a hometown hero’s best friend named Jon who was killed in combat while defending others in Iraq. Watch their impact in “One Hell of an Amen” here.

The Georgia native explained the inspiration behind “One Hell of an Amen” during a recent Google+ Hangout.

“One of my dear friends back home, Josh, went to Iraq on several tours,” said Brantley. “He had a best friend over there who passed away just a couple feet from where he was positioned. Josh told me the story and it made me feel like I was right there with him. I try not to write songs about things I haven’t been through or experienced, but the way Josh told me the story…it punched me in the chest.”

Splitting scenes between a graveyard and an old church, Shane incorporated real-life elements into the narrative structure of the music video, using photos and mementos from Kory and Jon’s families. In a reverent scene depicting the bravery needed to face cancer, Shane used Kory’s beloved “Bring It On” bandana to serve as a reminder to “fight the good fight until the good Lord calls you home.” This was the guiding principal Kory lived by and one of Brantley’s favorite lyrics in the ballad.

“It’s easy to say the song’s about death, but to me, it’s about the good fight,” explains Brantley. “It’s about the attitude, the strength and the courage those boys had for what they were going through. Kory battling Leukemia and Jon fighting in Iraq…it’s about two different wars. Anytime you go out fighting for your life or fighting for your country, that’s ‘One Hell of An Amen.’”

The track serves as a heartfelt catalyst and third single from JUST AS I AM, which garnered the American Music Award for Favorite Country Album. Brantley traveled nearly 3,000 miles to launch the album during “Athens to Arlington,” a motorcycle ride honoring American heroes and thanking the loyal BG Nation fans. The journey culminated at Arlington cemetery, where Brantley laid a wreath on the Tomb of the Unknown Soldier. Footage of the ride is featured in the “One Hell of An Amen” video and helps to further tell the story of valor.

This summer, Brantley will join Kenny Chesney and Jason Aldean for THE BIG REVIVAL TOUR.