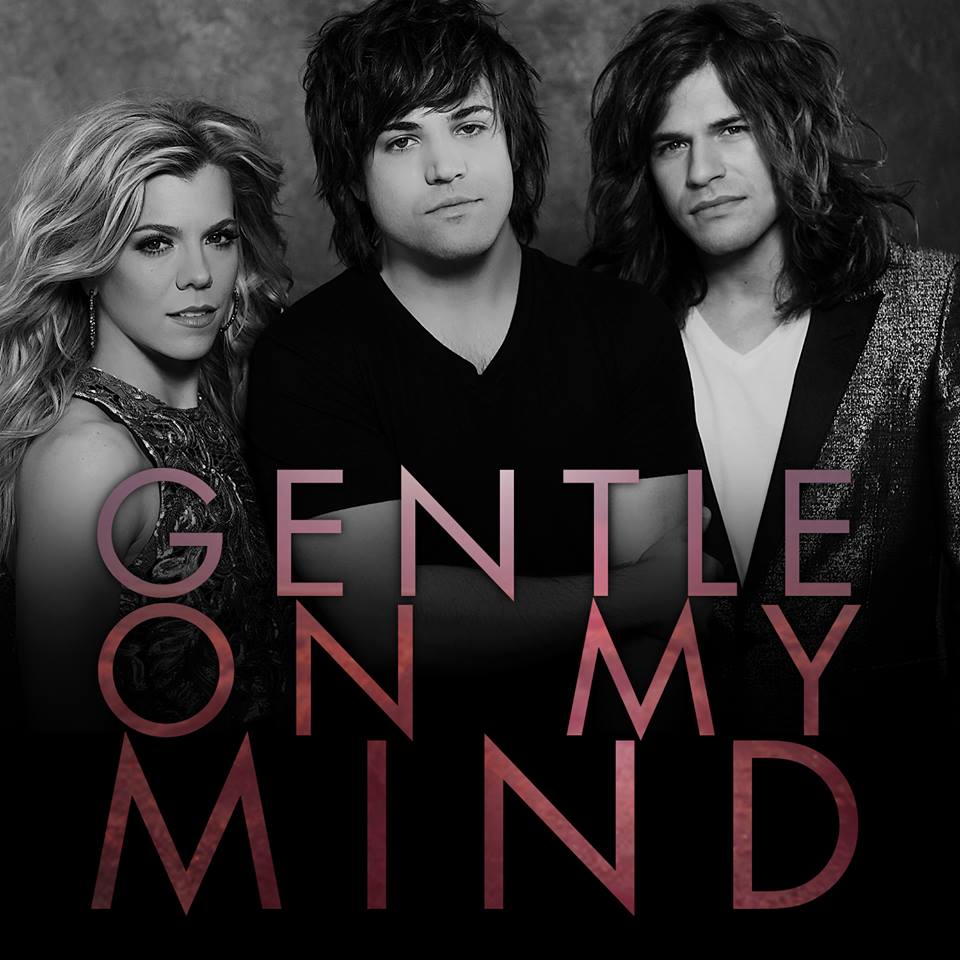 Reigning ACM Vocal Group of the Year, THE BAND PERRY, has unveiled the new video for their Grammy-nominated rendition of “Gentle On My Mind,” their current single and the lead track from the soundtrack to the James Keach-directed documentary Glen Campbell: I’ll Be Me.

The Band Perry recently released their most recent single, a spirited rendition of Glen Campbell’s “Gentle On My Mind,” which also appears on the soundtrack for the James Keach-directed documentary, Glen Campbell: I’ll Be Me, about the country legend. On December 5, superstar trio received a nomination for the 57th Annual Grammy® Awards in the category of Best Country Duo/Group Performance for this song. They have earned multiple awards from the likes of The Academy of Country Music, The Country Music Association, CMT Music Awards, and The American Country Awards, and have received multiple nominations from the American Music Awards, Billboard Music Awards, Grammy® Awards, Teen Choice Awards and The American Country Countdown Awards. They were also recently nominated in the category of “Favorite Country Group” for the People’s Choice Awards, airing on CBS on January 7, 2015.

The Band Perry recently wrapped the WE ARE PIONEERS WORLD TOUR and are currently working on new music for their upcoming third studio album. On December 31st they will perform as part of Pitbull’s New Year’s Revolution airing on Fox. For tour dates and more on TBP, visit www.thebandperry.com.