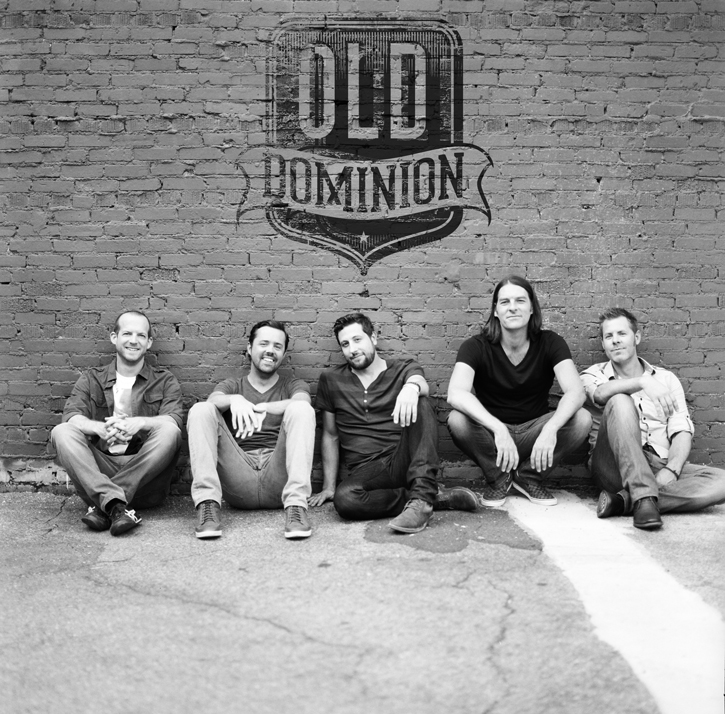 Old Dominion, who announced last week that they will be joining Kenny Chesney’s highly anticipated The Big Revival Tour – making them the first independent band to play a stadium tour – is back with another big announcement. Their single “Break Up With Him” has topped SiriusXM’s “The Highway” Hot 45 Countdown, reaching No. 1 just 11 weeks since its release.

“Congratulations to Old Dominion for their Number 1 on ‘Break Up With Him’,” notes SiriusXM program director John Marks. “The song is truly a breakout hit – in sales and subscriber passion. It deserves to be in the top spot!”

The band who was recently named one of Rolling Stone Country‘s “Artists You Need To Know” has been garnering widespread acclaim in recent weeks – having just been added to Spotify’s “Spotlight on Country” playlist, which highlights upcoming country acts of 2015 (The Tennessean). After announcing their spot on Chesney’s can’t-miss tour exclusively to ETonline.com, Old Dominion joined Storme Warren on “The Highway” to talk about the tour and give a taste of what fans can expect to see from them on the road.

In addition to “Break Up With Him,” Old Dominion has experienced success on “The Highway” with their single “Shut Me Up” which is being played on country airwaves from coast to coast and has amassed more than 1.95 million streams on Spotify to date.

On the heals of their self-titled debut EP, produced by GRAMMY award winner Shane McAnally, and their run with Chase Rice’s Ignite The Nigh Tour, Old Dominion is finishing out the year strong with two Top 30 cuts on the country charts and an exciting year ahead.