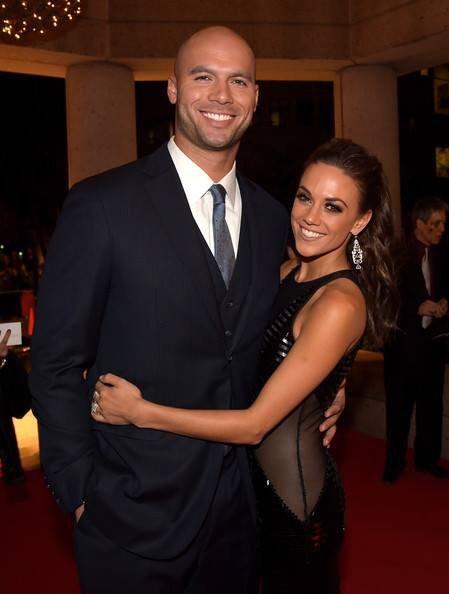 After a full day of celebrating her birthday with boyfriend Michael Caussin, the highlight for singer-songwriter Jana Kramer came at the end of the evening when Caussin gathered a small group of family and friends for a storybook marriage proposal complete with an engagement ring.

”It was a beautiful surprise,” said Kramer. ”He was the perfect gentleman. Nervous, on one knee, and surrounded by some of the people that love us the most.”  No other details are available at this time.

Kramer released her self-titled debut album to much critical praise, earning her the title of ACMs 2013 New Female Vocalist of the Year, as well as the title of most played debut artist at Country Radio for 2012. ”Love,” the first single from her forthcoming sophomore album is climbing the country singles chart. Michael Caussin played tight end at James Madison University and four years in the NFL. He is currently a free agent.