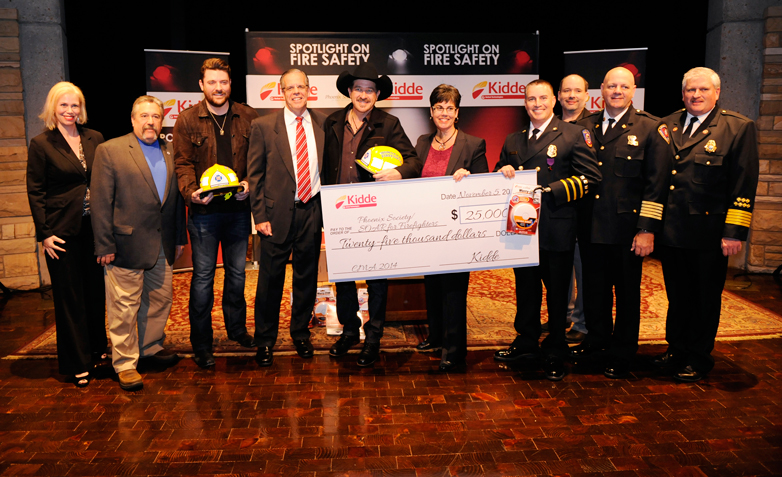 “One of my best friends recently became a firefighter, and the risk they take really hits home. I’m glad to be part of a cause that will help support first responders and local communities along my tour,” said Young.

The Phoenix SOAR program connects those recently injured with burn survivors and family members who can support their recovery. Started in 2003 with funding from Kidde, the program operates in 64 hospitals and burn centers across the country.

In 2013, the nonprofit organization partnered with the International Association of Firefighters Charitable Foundation and the National Fallen Firefighters Foundation (NFFF) to develop a version of Phoenix SOAR for burn-injured firefighters. Kidde is the new program’s inaugural sponsor.

“The purpose of Phoenix SOAR is simple: No survivor of a burn injury should feel alone,” said Amy Acton, executive director of Phoenix Society and a burn survivor. “Every year, 40,000 people are hospitalized with burn injuries, but firefighters have unique challenges. This program will enable them to get support from peers who know firsthand what they’ve experienced.”

“I was back on a fire truck 364 days after my accident,” Nevarez said. “I was missing an arm, but my heart and my passion were there. As a Phoenix SOAR peer supporter, I want to inspire other burn survivors. I want someone to look at me and say, ‘Because of you, I didn’t give up!’”

“Kidde is committed to making products that help save lives and empowering families to take steps that will help keep them safe. Those steps also protect firefighters,” said Chris Rovenstine, vice president of marketing, Kidde. “We’re excited to expand our support of the Phoenix Society’s SOAR program and work with Chris Young to help communicate the importance of working smoke alarms.”