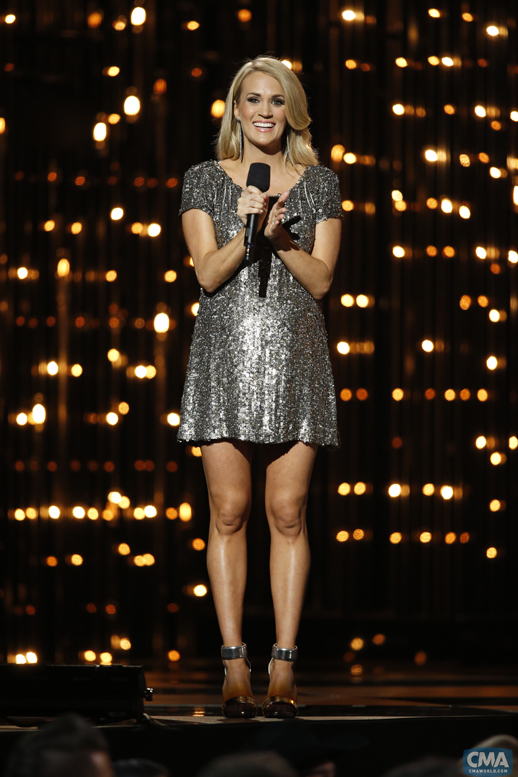 Carrie Underwood revealed last night during the CMA Awards that she and husband Mike Fisher are having a boy! Well actually, co-host Brad Paisley revealed that she is having a baby boy! It was a fun and entertaining way to reveal the big news on country music’s biggest night.  The hashtag #BradBlewIt made its way around the social media realm throughout the evening.

Underwood announced her pregnancy on labor day via social media.  A name has not yet been revealed.  The couple is expecting the arrival of their son in the spring of 2015.