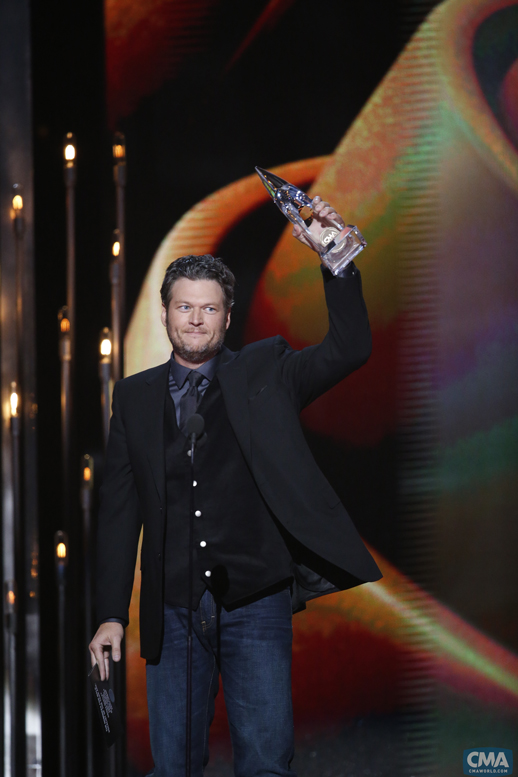 Country music superstar Blake Shelton took home his fifth CMA Male Vocalist of the Year Award Wednesday night tying him with fellow Oklahoman Vince Gill for the most consecutive number of trophies in that category.

Ashley Monroe joined Blake on stage for the debut of Blake’s next single, ”Lonely Tonight.” The music video, directed by Shaun Silva and shot in Los Angeles, was just released. “Lonely Tonight” is the second single from Blake Shelton’s BRINGING BACK THE SUNSHINE, debuting at No. 1 upon release and making Blake the first country artist to top the Billboard Artist 100 chart. ”Neon Light,” the album’s debut track, and current single is at #2 on the country singles charts.

Currently in the studio with Vince Gill and Justin Niebank, Monroe is working on the follow up to her critically acclaimed Warner Bros. Records debut, Like A Rose. The album was named the top country record of 2013 by Billboard, Rolling Stone and The New York Times.