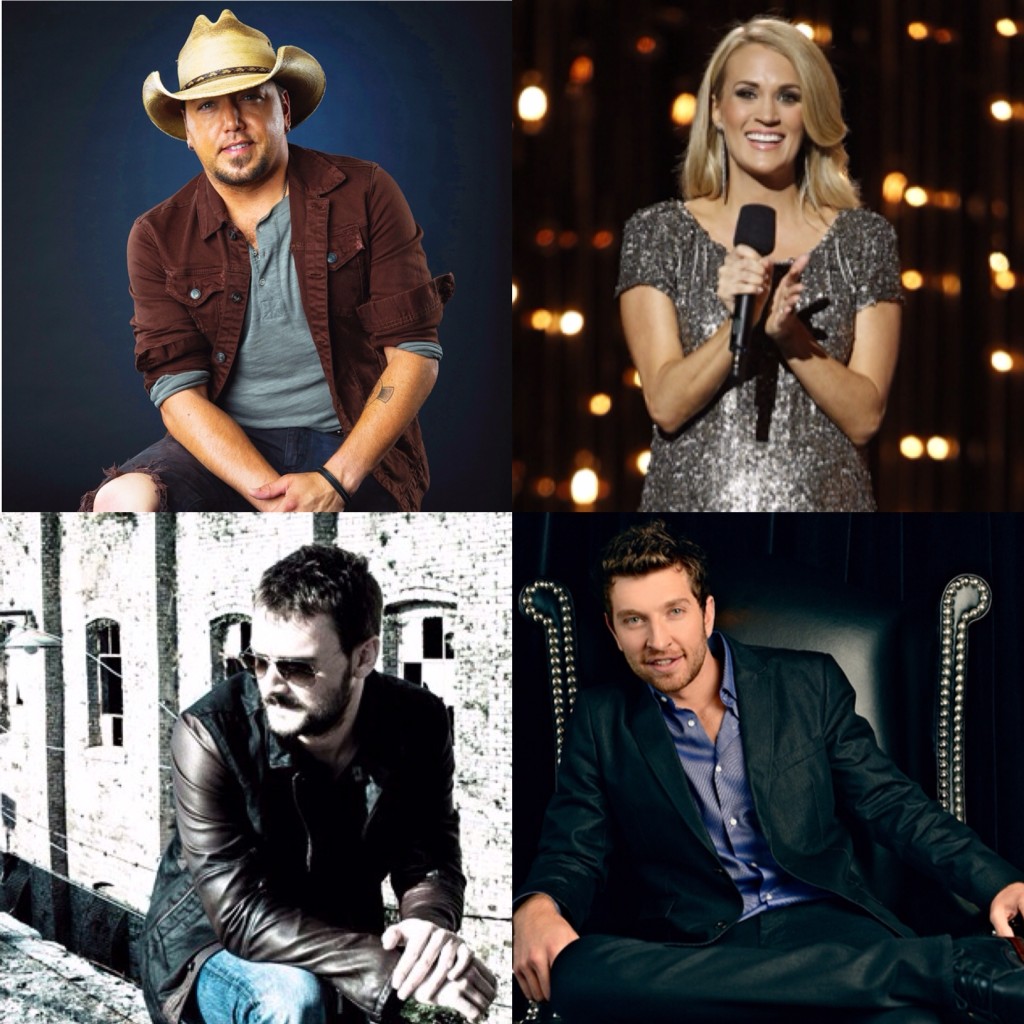 Additionally, this star-studded group of performers are all finalists on the AMERICAN COUNTRY COUNTDOWN AWARDS, including Aldean, with four nods; Eldredge, with two; and Underwood and Church, with one each.

Hosted by Florida Georgia Line’s Brian Kelley and Tyler Hubbard, AMERICAN COUNTRY COUNTDOWN AWARDS is based on country music’s longest-running radio countdown show, “American Country Countdown with Kix Brooks,” and will honor country music’s biggest stars based on album sales and radio airplay. Presenters to be announced soon. Tickets to the event are on sale at TheACCAwards.com/tickets.

The Breakthrough Artist of the Year category, presented by Samsung GALAXY®, is the only fan-voted category. Fan voting begins on Nov. 24 and continues through Dec. 10. Fans can vote for their favorite Breakthrough finalist by including the following in a tweet: the artist’s Twitter handle, “Breakthrough Artist” and the hashtag #ACCAwards.