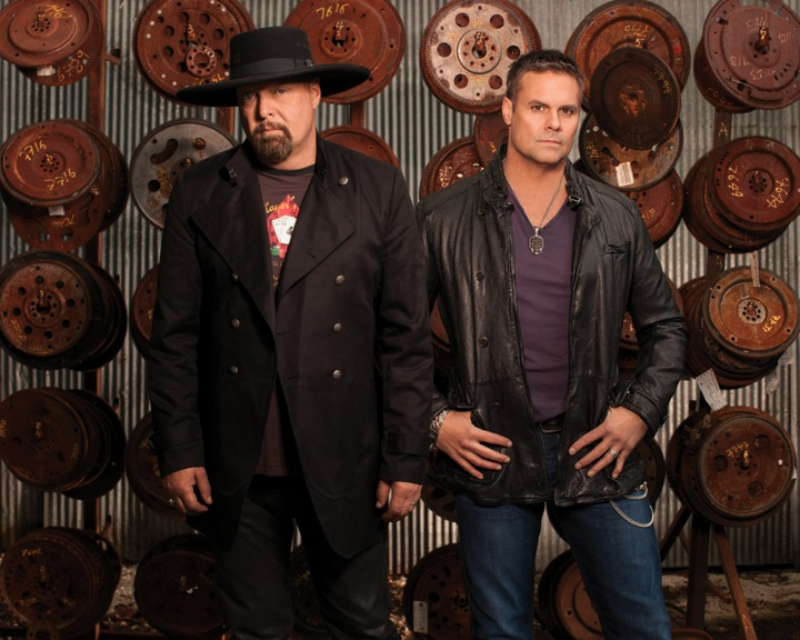 The $19.99 bundle (available HERE)includes the duo’s new hit single, “Headlights,” and a “Check Your Headlights” t-shirt. All the profits from the bundle sales will be donated to Making Strides Against Breast Cancer, an American Cancer Society initiative.

“As someone lucky to be both a husband and father to two incredible girls, I believe it’s so important to raise awareness about breast cancer education and raise funds to help find a cure,” shared Troy Gentry.

“Given my own personal battle with cancer and our blessed lives as husbands and fathers, Troy and I are always looking for ways to give back,” stated Eddie Montgomery. “We hope our fans will have fun with this exclusive ‘Check Your Headlights’ bundle on GhostTunes and help make a difference.”

Since 1999, country music super-duo Montgomery Gentry has released seven studio albums that include hit songs such as “If You Ever Stop Loving Me”, “Something to Be Proud Of” and “Roll with Me.” In November 2010, Montgomery announced he had been diagnosed with prostate cancer; the cancer was removed one month later and he has been cancer-free ever since.

Montgomery Gentry is celebrating the release of their brand new single, “Headlights.” The duo’s first new music since 2011, the track is a late-night, back-road party anthem, written by hit songwriters Wendell Mobley, Bob DiPiero and Tony Martin. The song is the lead single from their upcoming album, produced by Michael Knox (Jason Aldean, Trace Adkins, Thomas Rhett, ABC’s “Nashville”) and set to release in early 2015 on Blaster Records.

“We’re honored to partner with Montgomery Gentry to leverage the GhostTunes music platform that invites artists to creatively bundle their music any way they dream – combined with multiple albums, merchandise, concert tickets or anything at all,” said Randy Bernard, CEO of GhostTunes. “The new Montgomery Gentry ‘Check Your Headlights’ charity bundle also introduces the ‘GhostTunes GivesBack’ philanthropic program that uses the power of music to make the world a better place.”

The GhostTunes team believes in the ability of music to change lives, and created the GhostTunes GivesBack program for any artist who wants to leverage their ability to educate and raise awareness for their own personal passions and missions. The program will be partnering with artists on a regular basis to introduce additional bundles that use music to make movements that can change the world.

GhostTunes focuses on providing the best music experience for both artists and the fans who love their music. Fans are able to listen to their music immediately upon purchase from the GhostTunes platform, without having to download the content to their device. Fans also can download their purchased content to play with the audio player of their choice on a phone, tablet or computer.