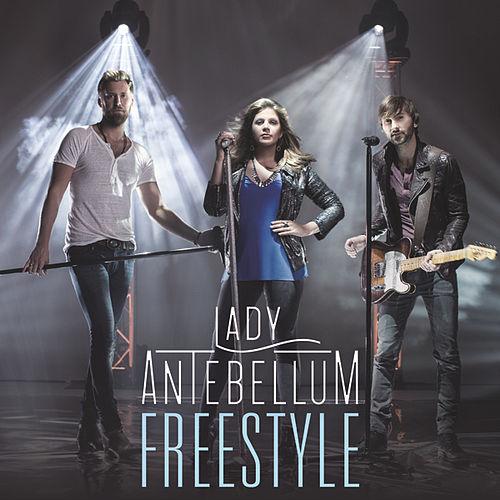 On the heels of their just-released fifth studio album 747, Multi-PLATINUM trio Lady Antebellum is dropping their brand new single “Freestyle” today. The track follows the band’s recent multi-week No. one smash “Bartender” and is now available at Country Radio.

“If I had to name one song on the entire record that is just so fun and so different that it actually scares me, it would be ‘Freestyle,’” Lady A’s Charles Kelley said. “The song conjurs up all of these vivid images—tons of pop culture—and the best part is it can be taken so many different ways. We just wanted to put a song out there about living life and having a little fun with an ‘anything goes’ type mentality.”

The trio is currently nominated for CMA “Vocal Group of the Year” and “Music Video of the Year” for 747’s chart-topping lead single “Bartender,” where they’ll also be performing on the upcoming awards 48th Annual Awards airing Nov. 5 at 7:00P CT on ABC. For a full list of upcoming appearances, visit www.ladyantebellum.com.