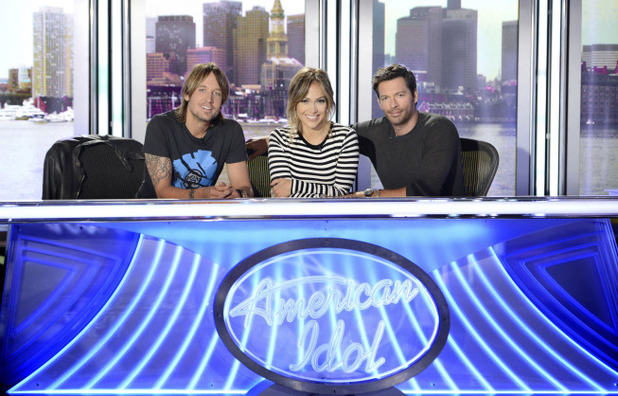 Keith Urban is back as a judge for his third season of American Idol, which begins airing after the first of the year. He, along with Jennifer Lopez, Harry Connick Jr. and Ryan Seacrest (as host), are currently crisscrossing the country for the audition process.

Last year’s judges’ panel seemed to really click and they all became friends, and Keith says it feels like no time has passed since they were behind the desks. The “Somewhere in My Car” singer has also noticed some great talent coming through this year.

“This season, I think we’re finding some really strong talent,” says Keith. “It’s all [in] the journey. You find these diamonds in the rough, or sometimes you just find straight-out [snaps] diamonds, and I love watching the journey of them.”

Keith is nominated for four CMA Awards this year, including Entertainer, Male Vocalist, Album of the Year for Fuse and Musical Event of the Year for “We Were Us” with Miranda Lambert. The 48th Annual CMA Awards will air live from Nashville’s Bridgestone Arena November 4th at 8pm ET.