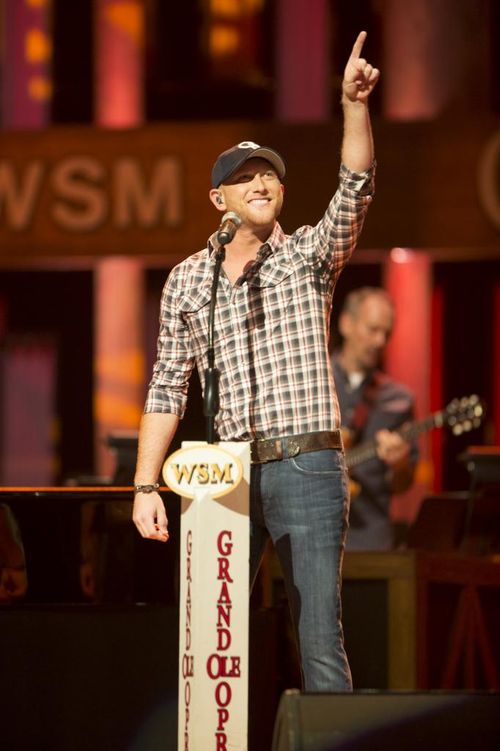 CMA Awards’ New Artist of the Year nominee Cole Swindell made his debut on the legendary Grand Ole Opry stage last week. His three song set included his two consecutive No. 1 singles “Chillin’ It” and ”Hope You Get Lonely Tonight,” as well as his latest, “Ain’t Worth The Whiskey,” all from his self-titled debut album released earlier this year on Warner Bros. Records.

After the special moment which Swindell shared with the packed house, he said, ”Standing in that circle where other artists who have paved the way for country music has stood is something a new artist like me will never forget.  Of all the places I have played so far in my career from a club to an arena to a stadium I have never experienced a feeling like I did on that stage. Im glad I was able to share that moment with my family and friends.”

Just wrapping up a run on Luke Bryan’s “Farm Tour,” Swindell is currently on Bryans That’s My Kind of Night Tour, and will continue on the road this winter with his own Down Home Tour, kicking off in November.