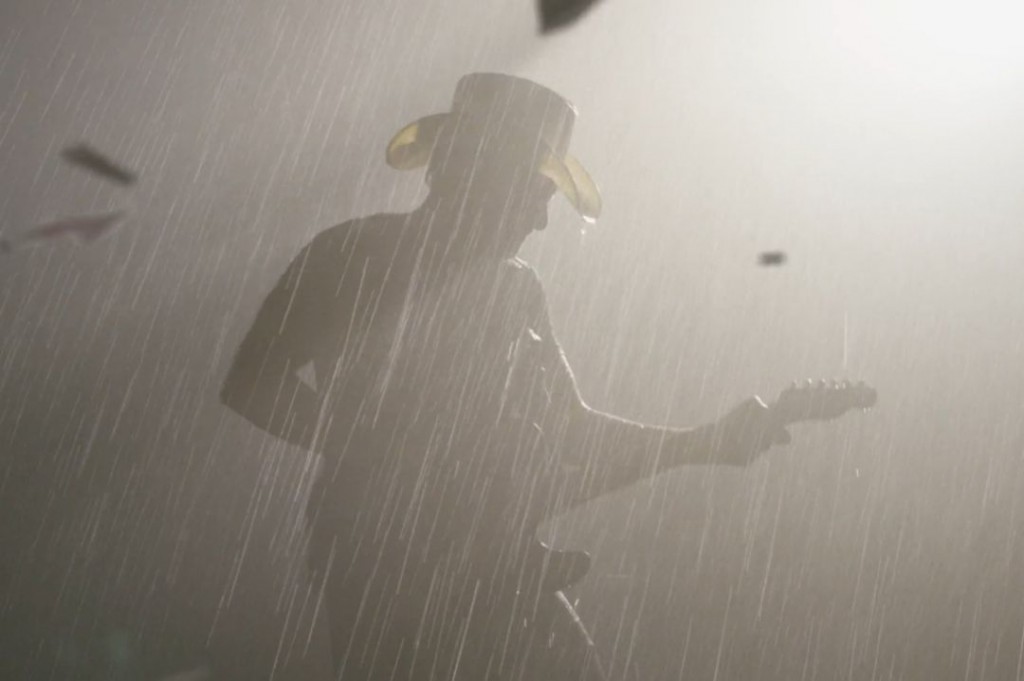 Brad Paisley released the music video for his brand new single, “Perfect Storm.” A few weeks ago Paisley asked fans via Twitter and his official website to send him photos of themselves, or their special someone, wearing a tee shirt, which is a nod to the “Perfect Storm” chorus lyric “She destroys me in that tee shirt….”

Photos came pouring in and 42 were selected to be highlighted in the video and several more in the background.  Paisley notified the fans chosen by clever Twitter messages.

“Perfect Storm” was directed by Jim Shea, and produced by Mark Kalbfeld, who also directed and produced Paisley’s award winning videos “Waitin’ On A Woman” (co-produced with Peter Tilden), “Start A Band,” “When I Get Where I’m Going” and “Welcome To The Future.”

Paisley’s newest album, Moonshine in the Trunk, was released August 25, and has already produced the hit single “River Bank” and “Perfect Storm” is currently #20 on the Billboard and Country Aircheck country airplay charts.

Get Moonshine in the Trunk now: http://smarturl.it/moonshineinthetrunk