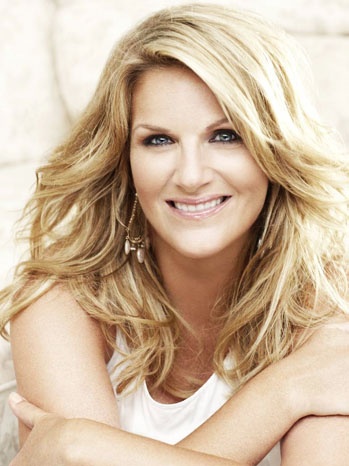 Trisha Yearwood has announced that her 12th studio album, PrizeFighter: Hit after Hit, will be available on November 17th. Available for pre-order now on GhostTunes (http://smarturl.it/trishaghosttunes), Yearwood’s new album will feature the first new material from the powerhouse vocalist in seven years, including her new single “PrizeFighter.”

In addition to six new songs, the album will feature ten hits, including her #1 hits “She’s in Love With the Boy,” “XXX’s and OOO’s,” and “How Do I Live.”

After the release of her multiplatinum debut album in 1991, Trisha became one of the highest-selling female artists in Country music history. In creating the new album, Trisha offered insight into the recording process, how she chose just ten songs from her impressive career list of nine #1’s and twenty Top Ten hits, and what it was like to work with Kelly Clarkson:

“This album was about bringing together the songs that show whatI’m all about. These are the classic songs people fell in love with and the new songs that show “what’s next.” When you come to the shows, it’s a mix of favorites with a few new ones that people are coming to hear and sing along with.”

Of working with Kelly Clarkson on “PrizeFighter” Trisha added, “She is the real deal. ‘PrizeFighter’ was a strong song, and I was proud of the vocal, but when she came in and sang on it, it just took it to another level. She elevated it.”

Digitally, PrizeFighter will only be available on GhostTunes, a full-service online music platform. It is available now for pre-order here: http://smarturl.it/trishaghosttunes. Fans that order now will get instant grat tracks of Trisha’s current single “PrizeFighter” as well as “She’s In Love With the Boy” and “How Do I Live.” Trisha is currently on the Garth Brooks World Tour with Trisha Yearwood, which will return to Atlanta next weekend.

PrizeFighter Track Listing:  * Not final order
PrizeFighter (feat. Kelly Clarkson)
Met Him in a Motel Room
End of the World
Your Husband’s Cheating On Us
You Can’t Trust the Weatherman
I Remember You
Wrong Side of Memphis
The Song Remembers When
XXX’s and OOO’s
Walkaway Joe
She’s In Love With the Boy
How Do I Live
Perfect Love
In Another’s Eyes
Georgia Rain
Heaven, Heartache and the Power of Love