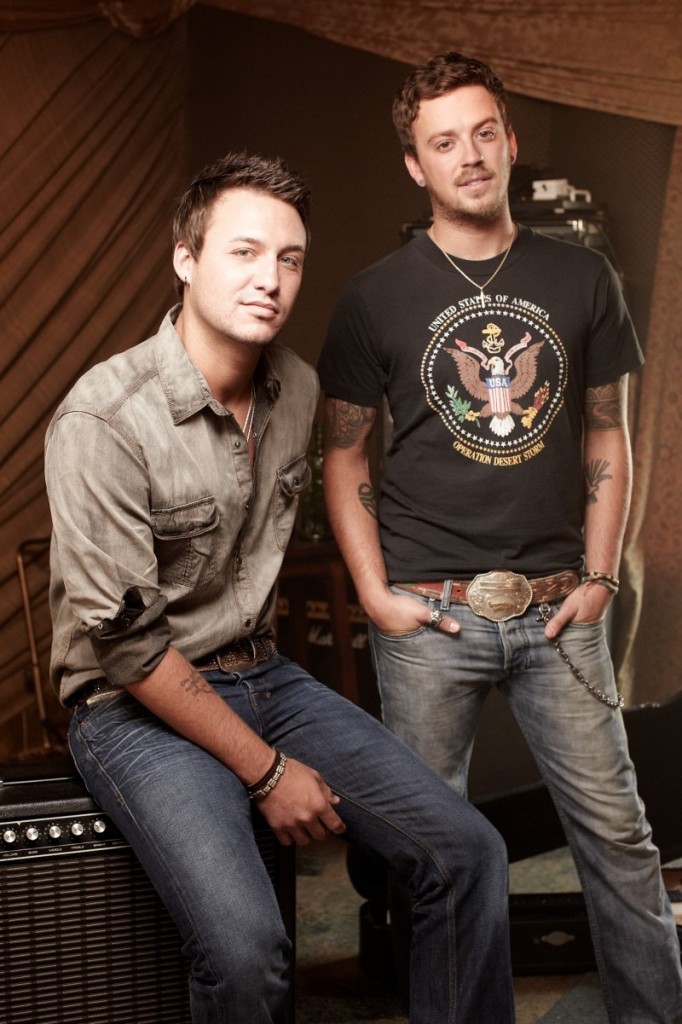 ACM, CMA and CMT-nominated duo Love and Theft are proud to team up with CMT to launch a special fan-engaging “Night That You’ll Never Forget” Sweepstakes, in conjunction with the duo’s upcoming action-packed performance at the historic Gramercy Theatre in New York City, N.Y. on October 30, 2014 as part of their headlining “Night That You’ll Never Forget” Tour with supporting acts Joel Crouse and DJ Du.

Having launched earlier this month and running through October 8, the sweepstakes offers one lucky winner and a guest the opportunity to sing onstage with Love and Theft, two tickets to the Gramercy Theatre performance, two roundtrip coach airfare tickets to NYC, two-night hotel accommodations, artist meet and greets and an exclusive merchandise package.

Best known for their #1 platinum hit “Angel Eyes,” which garnered over seven million views on YouTube/Vevo to date, the duo takes to the road this fall on their very first headlining tour with their current single “Night That You’ll Never Forget.” The single has rapidly been climbing the Country charts and first debuted at #2 on the Country Aircheck Mediabase Adds charts, only behind Brad Paisley’s “Riverbank” single. Love and Theft has also been nominated every year for CMA “Vocal Duo of the Year” since its inception as a duo in 2012, making this their third consecutive nomination.

For the full list of upcoming tour dates and information, fans may visit www.loveandtheft.com.