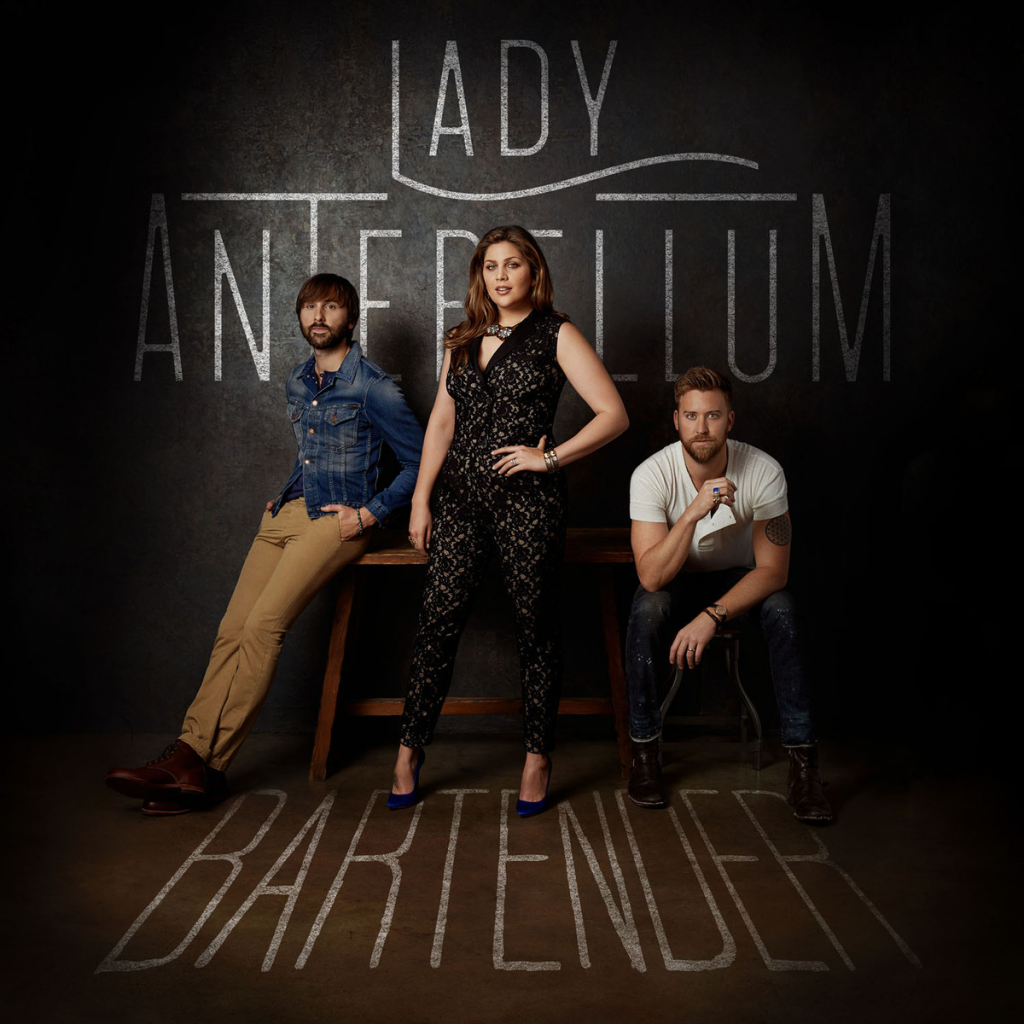 Seven-time GRAMMY winning group Lady Antebellum has tipped the charts with their white-hot single “Bartender,” taking the No.One spot on both Billboard Country Airplay and Mediabase radio charts this week. The track is the lead single off their upcoming fifth studio album 747, out Sept. 30.

“There are enough sad, sulking breakup songs out there already,” said Lady A’s Hillary Scott. “We went into this wanting to put a spin on it and take the approach that the only way to get over it is to get out on the town with your girls! It’s also insanely fun to perform, and the three of us have had a blast pumping up the tempo and going all out on it. It’s been a great lead single to set up 747!”

Lady Antebellum’s upcoming fifth studio album 747 follows over 11 million albums sold worldwide, nine trips to No. One on the country radio charts, five Platinum singles and seven GRAMMY awards. The band is currently wrapping up their headlining TAKE ME DOWNTOWN TOUR, which saw the group hit 80 cities in Canada and the US.

For more information on new music and for a full list of upcoming shows, please visit www.ladyantebellum.com.