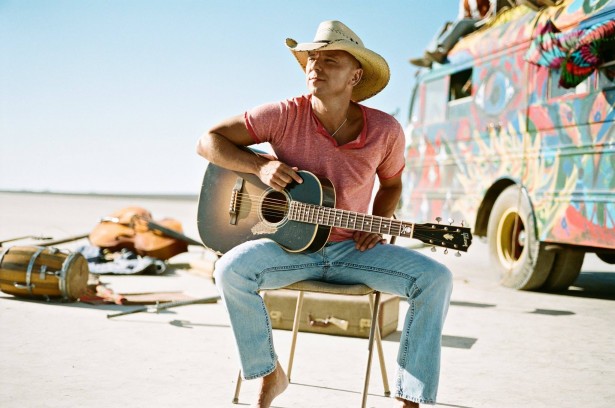 CMT preps for Kenny Chesney’s “The Big Revival” with an early listen to six of the 11 tracks from the four-time ACM Entertainer of the Year and four-time CMA Entertainer of the Year’s highly-anticipated new album through CMT First. Fans can visit KennyChesney.CMT.com today for the exclusive stream before they purchase “The Big Revival,” which hits stores September 23.

Tracks available for preview now are: “Drink It Up,” “Til It’s Gone,” “Wild Child” featuring Grace Potter, “Rock Bottom,” “Save It For A Rainy Day,” and “Don’t It,” a collaboration with Allison Krauss and Dan Tyminski.

Produced by Chesney and longtime collaborator Buddy Cannon, “The Big Revival” represents an upsurge in how one lives and commits to his or her passion. It is perhaps Chesney’s most diverse record to date – evidenced by the tracks fans can hear as part of CMT First’s exclusive preview of the new album.

As part of the network’s continued strategy to offer music everywhere, CMT will promote the album stream across its extensions including CMT.com, CMT Pure, CMT Artists App, CMT HOT 20 COUNTDOWN, CMT Radio Networks and more than 12 million followers on social media. Chesney joins the ranks of such top country artists as Miranda Lambert and Kellie Pickler who have partnered exclusively with CMT First to deliver new music to their passionate fan bases.

Chesney is also featured in the first installment of CMT’s new INSTANT JAM series, premiering Saturday, September 27 at 10:00 p.m. ET/PT. Chesney performed a surprise pop-up concert for a small group of fans at Athen’s Georgia Theatre. CMT INSTANT JAM features the live performance and captures all the excitement and energy of the exclusive surprise show.