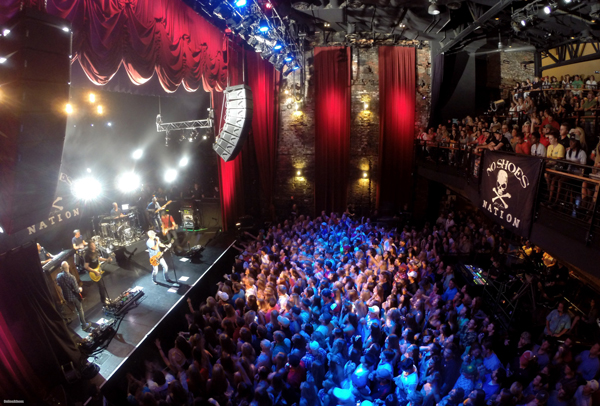 An evening most University of Georgia of students will be talking about for years – 4-time Country Music Association and 4-consecutive Academy of Country Music Entertainer of the Year Kenny Chesney took the stage Friday night (8/30) at Athens’ Georgia Theatre, where he performed a surprise pop-up concert for an extremely small crowd of around 500 fans.

The concert is the first installment of CMT’s new INSTANT JAM series and premieres Saturday, September 27 at 10:00 p.m., ET/PT. Each episode of INSTANT JAM features live performances, and captures all the excitement and energy as artists reveal to fans how to score tickets to an exclusive show in their area, while giving a behind-the-scenes look at the hours leading up to their concert.

With a handful of posters going up in the late morning and flyers distributed in downtown Athens on Thursday, there was a frenzy to score one of the 500 wristbands allotted for the show, which went on for over two hours. With distribution at the University of Georgia’s Phi Mu sorority house, they were gone in less than 8 minutes.

Chesney performed 23 songs, some he’s not played in years, hits people expected and a pair of songs from his Sept. 23 release The Big Revival, including his Top 5 “American Kids.” Throwing out the setlist, Chesney even covered Hank Williams Sr’s “Kaw Liga” and George Strait’s “Carried Away,” while Face Timing Strait on stage as he and the entire audience sang along.