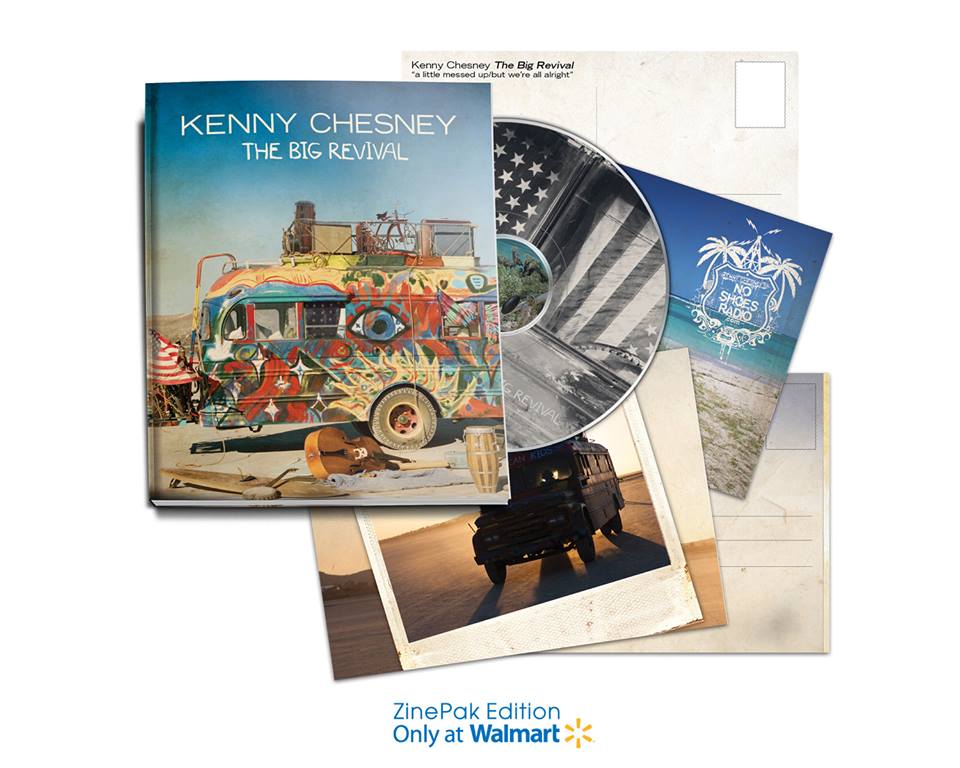 Kenny Chesney is always seeking new ways to bring his fans into his music. For The Big Revival, the 4-time Country Music Association and 4-consecutive Academy of Country Music Entertainer of the Year teamed with ZinePak, an entertainment company that specializes in creating custom magazines to pair with CD releases, to produce an exclusive package that combines editorial to deepen the musical experience of his 15th album.

Beyond an expanded look at the songs and where The Big Revival came from, the 64 page magazine looks at Chesney’s No Shoes Nation, No Shoes Radio, Spread the Love Fund to aid the amputee survivors of the Boston Marathon bombings, as well as a pair of essays written by the songwriter/singer. The 11-track CD, includes “American Kids,” his lead single, as well the career-tracking “If This Bus Could Talk,” featuring Alison Krauss and Dan Tyminski and “Wild Child,” featuring Grace Potter.

“Working on this…. and writing directly to the No Shoes Nation was an awesome opportunity,” Chesney says of the project. “Going through all the pictures, thinking about all the places we’ve been and the people who’ve made our music come alive took me back.

“This has been an amazing ride,” he continues, “and to be able share some of it in a new way is pretty cool. This is a place where I was able to talk about what the songwriting means, why the fans mean so much to me. It’s very personal, and there’s no filter between myself and the readers.”

The ZinePak will be released on Sept. 23 exclusively at Walmart and Walmart.com. The ZinePak is available for preorder now: http://smarturl.it/TBRzinepak

One reply on “Kenny Chesney Creates THE BIG REVIVAL ZinePak”