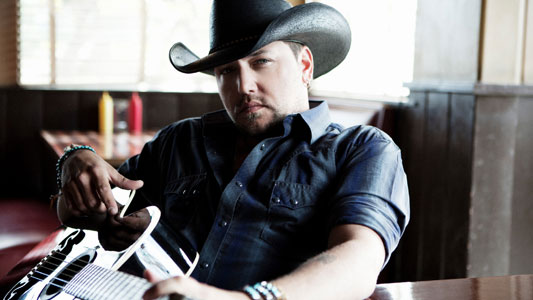 Two-time ACM Male Vocalist of the Year Jason Aldean will bring his BURN IT DOWN TOUR to the Outdoor Concert Series on ABC’s Jimmy Kimmel Live! tonight (9/22) at 10:35pm CST. Aldean will perform his smoldering Top 10 lead single “Burnin’ It Down” off his upcoming sixth studio album OLD BOOTS, NEW DIRT out Oct. 7.

“We decided to pull out all the stops for the first television performance of ‘Burnin’ It Down’ tonight for Jimmy Kimmel,” said Aldean. “That was the first late night show to ever invite me to perform back when nobody knew who I was, so tonight to celebrate the new album, we are going to bring the tour to them. It’s a fire marshal’s worst nightmare!”

Aldean is currently rounding out his unforgettable BURN IT DOWN 2014 TOUR, which included sell-outs across the country and stops at five baseball stadiums. This weekend finds him playing to sold out amphitheaters across the west coast in San Diego, Irvine and Sacramento. For a full list of appearances and tour dates, visit www.jasonaldean.com.