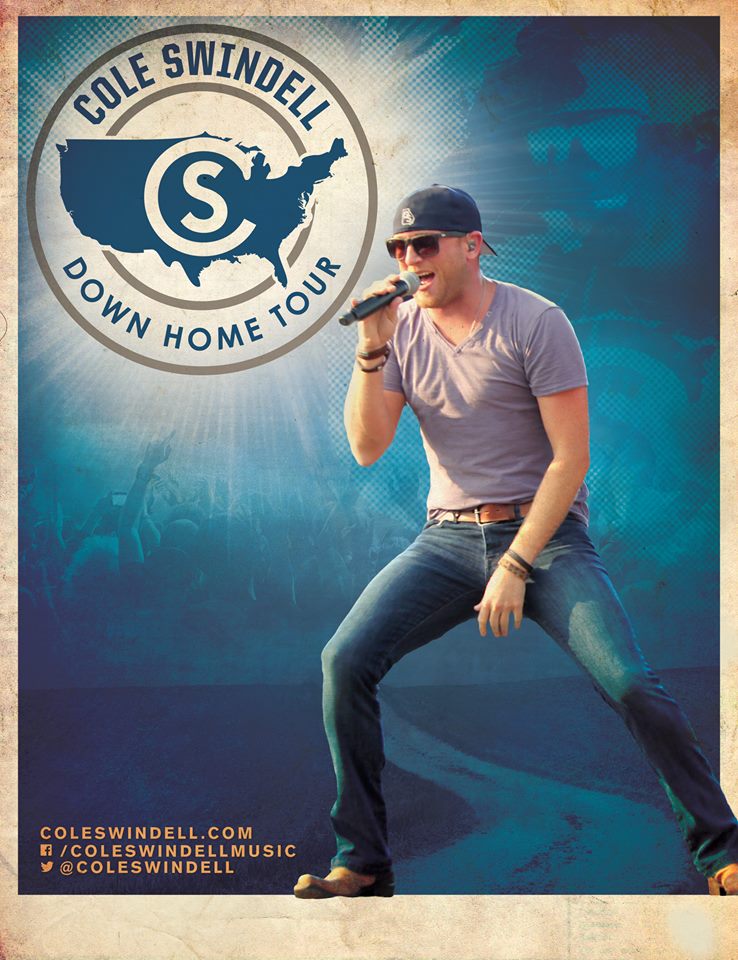 Country music’s newest breakout artist, Cole Swindell, will launch his “Down Home Tour” this winter kicking off November 17th in Florida, including a stop at Joe’s Bar in Chicago on December 11th before wrapping up December 20th in Indiana (full list of tour dates below).

The two month run of shows will feature vibrant performer, newcomer Kelleigh Bannen, who is currently supporting her lively new single, ”You Are What You Love,” which is playing on country radio now.

Fans will soon be able to join Swindell’s Down Home Crew, his fan club which will introduce special experiences at each show on the Down Home Tour. Fans can sign up for Swindell’s newsletter to find out more info as its announced.

Swindell burst onto the country music scene with his certified platinum No. 1 smash hit single “Chillin’ It,” and has performed for millions of fans at over 200 shows in 2014 alone. A brand new video reel documenting his impressive and explosive year can be seen on his site.

“It has been a crazy whirlwind year and I feel so fortunate that country music fans and country radio has embraced me in such a huge way. It’s what an artist dreams about,” says Swindell. “I’ve been lucky enough to get a jump start performing alongside Luke Bryan in front of massive crowds, and while I wouldn’t change anything for the experience I’ve gained so far, I know I still have a lot of work to do on the road.” He adds, “I’m really excited to get to it on my Down Home Tour this winter where I’ll have a new experience with my fans at shows.”

All dates featuring Kelleigh Bannen except where noted (**)