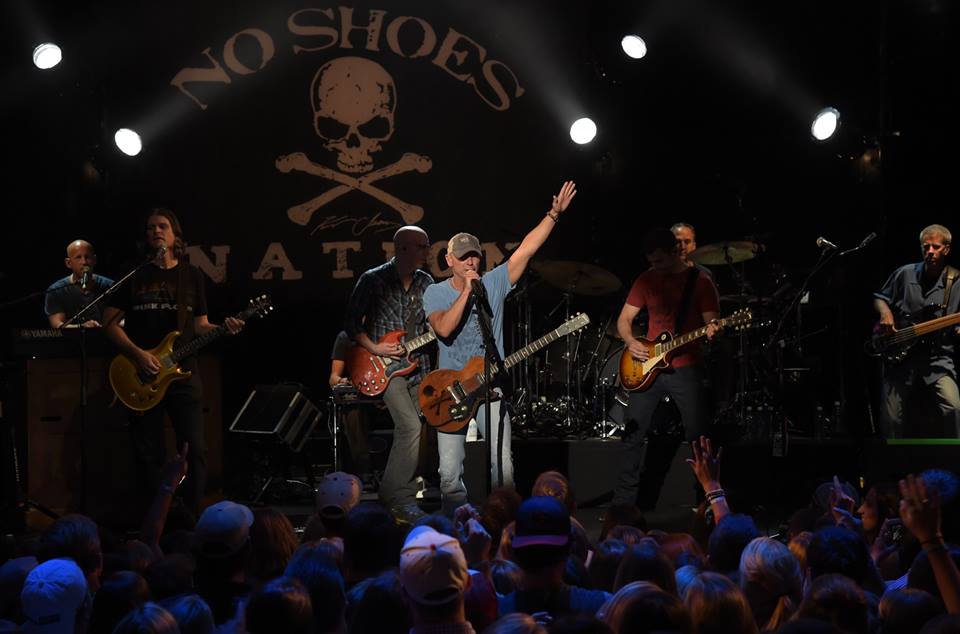 When Kenny Chesney went into the studio to make The Big Revival, he wasn’t quite sure where he was going, but he knew what he wanted: creating an album that captured the live energy of his shows, created a new kind of country and celebrated the way his fans committed to life right where they are.

When he finished, he couldn’t wait to take the music out to his fans, and CMT helped: offering him the opportunity to kick-off their intimate Instant Jam series with a show at Athens, Georgia’s historic rock club, the Georgia Theatre.

For almost two and a half hours, Chesney held down the belly-to-back crowded house – who found out about the show when a few posters went up around town – playing covers, classics and songs from The Big Revival. And this Saturday, the entire No Shoes Nation, as well as any fan of post-modern country music, can tune into CMT to see the inaugural broadcast of CMT’s flagship Instant Jam series, which captures major artists in tiny venues for maximum velocity.

“To be able to go into a place like the Georgia Theatre, which is so live and just ripples with rock and roll energy was a great place to road test the new songs,” Chesney said of the show. “When it’s really tight like that, the vibe is just feeds on itself – and to hear the crowd singing back the words to songs they hadn’t heard before after a chorus, that was amazing.”

Response to Chesney’s 15th studio album has been like that. Beyond the 40,000+ who converged on the beach along the Alabama/Florida line, the critics at America’s major publications have been considering The Big Revival in terms of what it means to the dialogue beyond the obvious.

Fans will get to get a taste of the new music when Instant Jam: Kenny Chesney hits CMT Saturday night. The special one hour inaugural edition of the spontaneous club shows will feature two songs from The Big Revival – the two week Billboard Country #1 “American Kids” and “’Til It’s Gone,” a sweeping midtempo song that embraces living every last drop of life to the fullest.

“The hardest thing about this special was picking the songs,” Chesney admits. “It was such a great night, and the crowd was so there! Those fans were singing every word, sometimes louder than I was… and I know people wanna hear ‘Beer In Mexico’ and ‘Out Last Night,’ so trying to find room for the new stuff, that was tricky. But I think we picked two good ones.”

With Billboard saying The Big Revival is on track to be Chesney’s 8th #1 Top 200 Album debut, there’s no better way to celebrate than a great show. Saturday night, fans can — via CMT and Instant Jam.