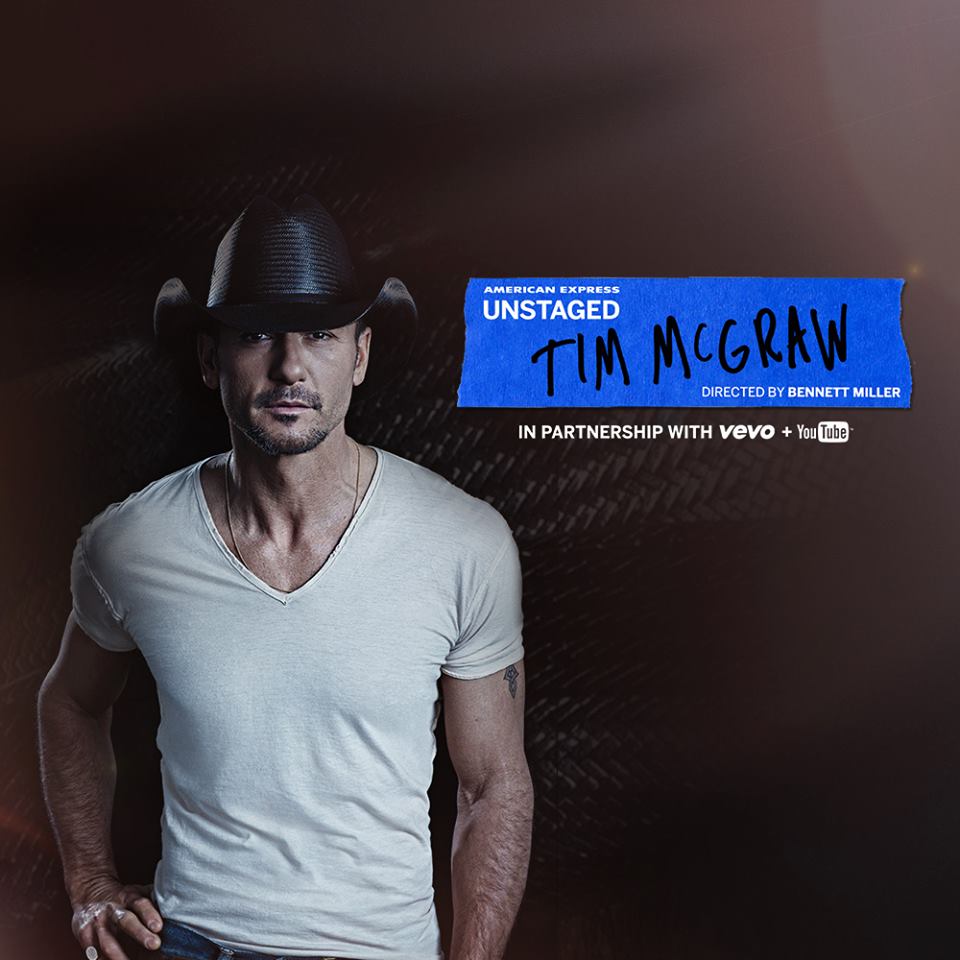 The piece is tied to Tim’s American Express Unstaged Concert taking place at the Hammerstein Ballroom tonight. In the video, Tim talks about his relationship with his now wife, Faith Hill, amongst other things. Faith will be joining him on-stage during tonight’s concert as an added bonus for fans.

Tim McGraw will hit the stage at the Hammerstein Ballroom in New York City tonight September 16th at 9pmET/6pm PT. Bennett Miller will direct the concert and live stream, which will be available for fans around the world to watch on amexunstaged.com.