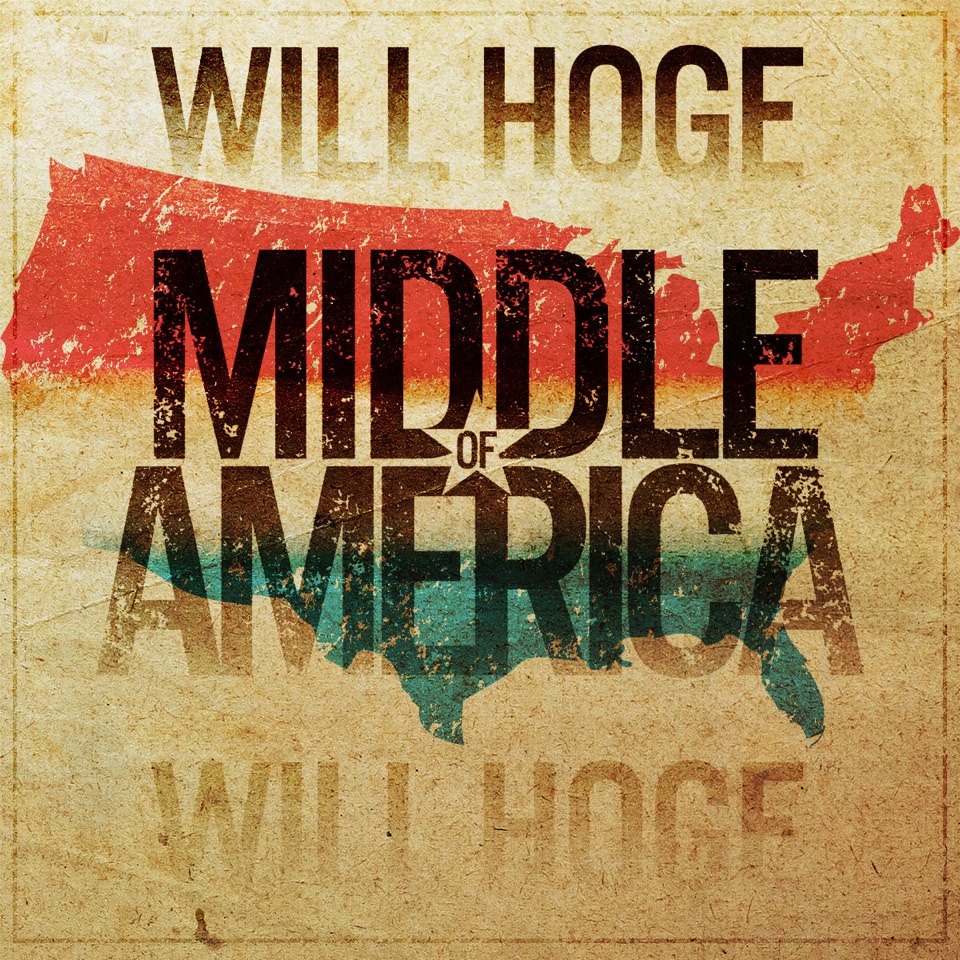 Critically acclaimed singer-songwriter Will Hoge releases new single “Middle Of America” to iTunes and other digital retailers today (8/12) following the exclusive premiere of the driving tune on Rolling Stone Country. Teaming up with Producer Marshall Altman (Marc Broussard, Eric Paslay, Frankie Ballard) for the first time, “Middle Of America” was recorded in Nashville’s historic RCA Studio A and is the first single from Hoge’s forthcoming album, which is due in early 2015.

Written by Hoge, Jessi Alexander and Tommy Lee James, the song vividly depicts small town dreams and rural living, taking listeners back to life growing up in the heartland.

“It tells the story of my growing up in a small town in Tennessee. One thing I’ve realized in all my travels is that it is the same for everyone no matter where they’ve grown up. We all know the same characters, just with different names, and that’s what ‘Middle Of America’ is to me,” says Hoge.

Bringing this heartland anthem on the road, Hoge is currently playing shows across the country and has opened for Dierks Bentley, John Mellencamp, Pistol Annies, Shinedown, Sugarland, ZZ Top and many more.

Hoge catapulted into the national spotlight with the release of his top-selling single “Strong.” Providing the musical backdrop for General Motor’s 2014 Chevy Silverado ad campaign, “Strong” has sold 200,000 copies and is the featured bonus track on Hoge’s latest album NEVER GIVE IN. The celebrated project peaked at No. 4 on the Americana Airplay Charts and held steady in the Top 10 for fifteen consecutive weeks.

Pick up your copy of “Middle of America” on iTunes HERE.