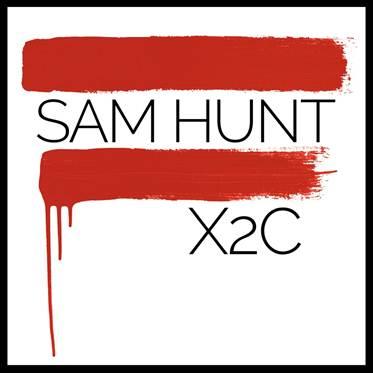 Country artist Sam Hunt is responding to the overwhelming fan demand for new music by releasing X2C to all digital partners on August 12.  X2C, a four-track preview to his major label album debut due out October 27 on MCA Records Nashville, includes Hunt’s current Top 25 and climbing single, “Leave The Night On.”

“I’m can’t wait to share a few early tracks from the album,” explains Hunt. “We’ve been having so much fun with the music out on the road and I’m excited to get this music out to our fans.”

Since the June release of “Leave The Night On” to country radio and digital partners, the single has sold over 197,000 tracks and has consistently been Spotify’s No. 1-streamed country artist in the U.S. and a Top 30-streamed artist across all genres.

Hunt, recently named one of Rolling Stone’s “10 New Artists You Need to Know: Summer 2014,” has earned recognition as a songwriter with credits including Kenny Chesney’s No. 1 smash “Come Over,” Keith Urban’s Top 10 single “Cop Car” and Billy Currington’s latest Top 5 hit “We Are Tonight.”  Continuing to build a name for himself as a songwriter, Hunt co-wrote all of the tracks on X2C and the upcoming album which was produced by Zach Crowell (Keith Urban) and Shane McAnally (Kacey Musgraves).

Hunt has shared the stage with country stars including David Nail and Little Big Town and this fall, joins Kip Moore and Charlie Worsham on CMT On Tour: Kip Moore Up In Smoke, a 21-market run kicking off in New York City September 25th.