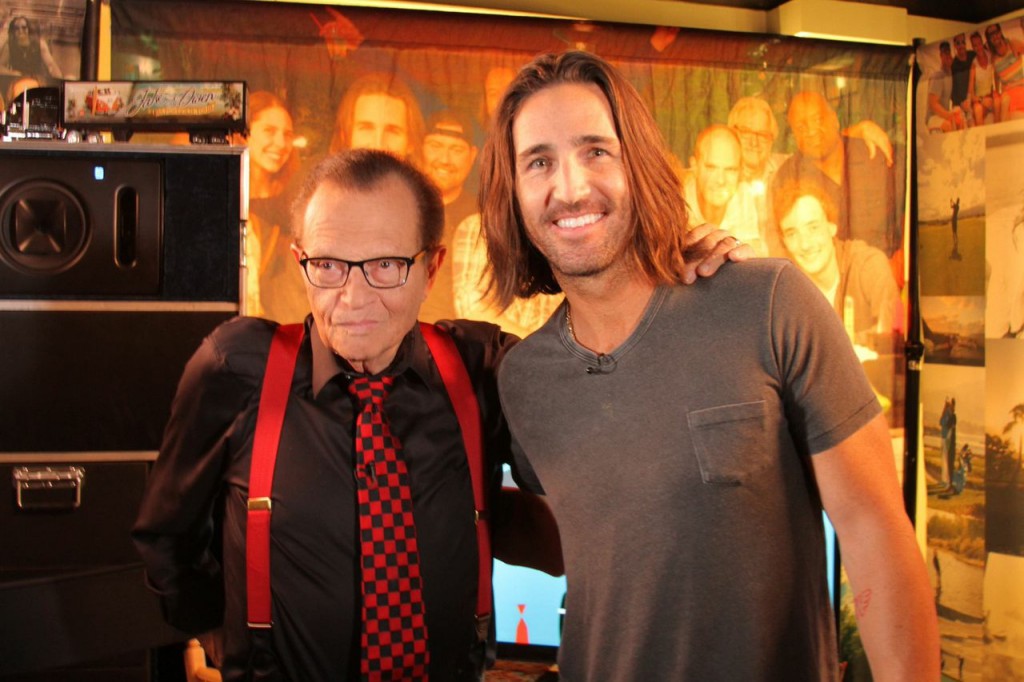 Country music sensation Jake Owen recently sat down with Larry King at LA’s famed Greek Theater for an episode of the Emmy nominated web-series “Larry King Now”. The two chatted about Jake’s first big headlining tour “Days of Gold”, getting drunk on his first night opening for Kenny Chesney and how he’d love to be able to grant wishes for people.

Like all singers Jake Owen begun his career opening up for headliners like Kenny Chesney. He reflected back on that experience, “As an opening act all you want to do is absolutely crush every other person that you’re playing with and you want to step on the headliner.” In addition to Kenny Chesney, Owen also opened up for Brad Paisley, Little Big Town, Sugarland, Keith Urban and Jason Aldean.

Owen wasn’t always pursuing a career on stage. He attended Florida State and was on the golf team, a waterskiing accident forced him to undergo shoulder surgery that ended his career. He randomly decided to pick up a guitar and begun singing, something he enjoyed as a child. “I promise this is the honest truth – I’ll never forget just kind of singing along to a song, and my brother and I were sitting in the backseat of the car one time and he was like, ‘Mom, you should like do something with Jake ‘cause I think he can sing Ok.’ I’ll never forget Jared said that.” Jake said he was about 10 years old then.

Owen also answered some social media questions from his biggest fans including whom he’d like to duet with, where he writes most of his music and what has been his favorite moment on tour. Check out the clip below, or watch the entire interview HERE.