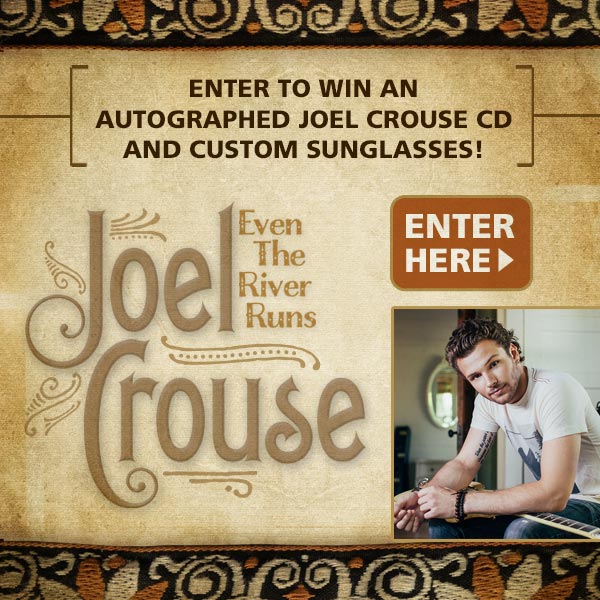 Show Dog-Universal Music recording artist Joel Crouse released his highly anticipated debut album, EVEN THE RIVER RUNS, on Tuesday, August 19. The album is comprised of 10 solid songs, all of which Crouse co-wrote, and includes hit singles “If You Want Some” and “Why God Made Love Songs.”

To celebrate the release of Joel Crouse’s debut album, we’re giving fans a chance to win an Autographed Even The River Runs CD and a pair of Joel Crouse sunglasses!

To enter to win, simply “like” Country Music Rocks & Joel Crouse on Facebook and fill out the entry form below. One winner will be randomly selected after contest closes August 29. One Entry Per Person. Good Luck!