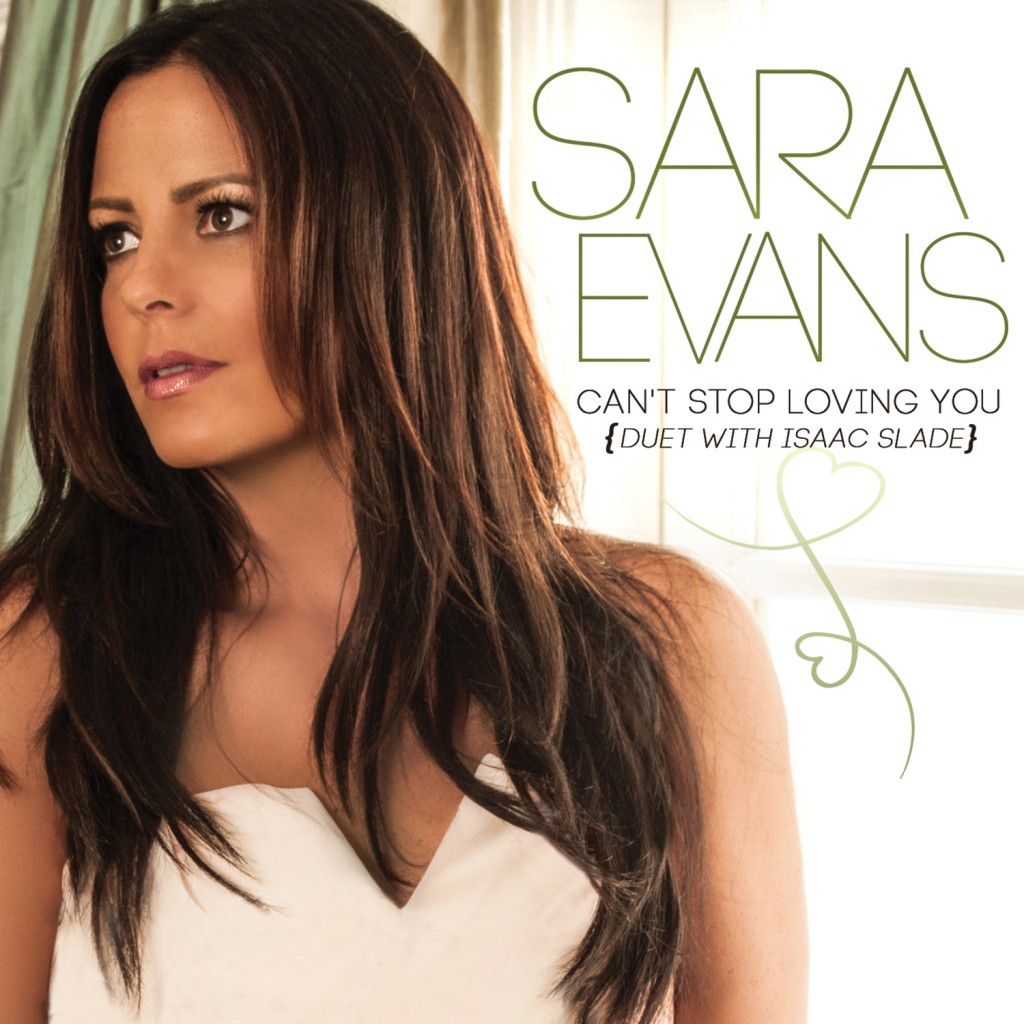 Sara Evans, one of the most compelling and authentic vocalists in country music, will release her new single, “Can’t Stop Loving You,” a duet with Isaac Slade from The Fray to radio this week.

The single, written by Victoria Banks, Phil Barton, and Emily Shackelton, is the second release from her critically acclaimed seventh studio album Slow Me Down released in March and will officially go for radio Adds on July 21st.

“Can’t Stop Loving You” has been a standout track on Slow Me Down for the emotional intensity the ballad evokes and was an obvious choice to follow-up the title track.  Evans, who is currently on the road in support of Slow Me Down, is at her finest on this track which fans can purchase at http://smarturl.it/itunesslowmedown.

“I have always been a big fan of The Fray and Isaac’s voice,” said Evans. “‘I’m blown away by his vocals on this song and the fact that I’ve now had the opportunity to sing with him. ‘Can’t Stop Loving You’ is just incredible because it’s so dramatic and emotional. There’s so much heart put into that song and fans relate to it which is truly amazing.”