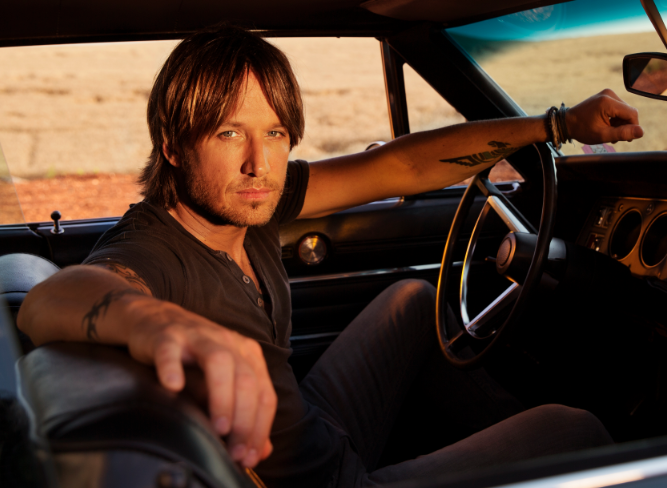 Keith Urban is gearing up to kick off his Raise ‘Em Up Tour July 12th at the Calgary Stampede, and debuting in the U.S. July 17th in Atlantic City. He’ll once again play amphitheaters on the new tour (the first time during last year’s Light the Fuse Tour).

“There’s a big celebratory feeling that was a little more looser and a little more relaxed in that sort of outdoor setting, which is what a summer concert feeling is,” says Keith. “It’s a different thing to an arena. I mean, audiences know that because they go and they feel that too. It’s a little more liberated, looser, chill, and it feels kind of sexier in a way, actually.”

Keith will be taking along Jerrod Niemann and Brett Eldredge along for the ride.

In the meantime, you can catch Keith performing during Good Morning America’s Fun in the Sun 2014 Summer Concert Series on Friday (July 11th).  Urban will be performing his current single “Somewhere In My Car,” and will mark the first time that he has performed the song live on network television.