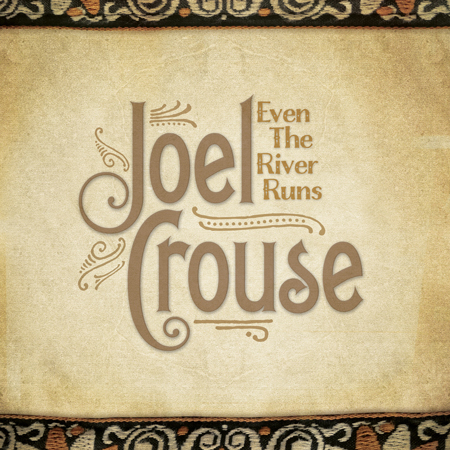 As revealed across his social networks, rising country artist Joel Crouse will release his debut studio album, EVEN THE RIVER RUNS on August 19th. Produced by Jamie Houston, the Show Dog – Universal Music project includes the talented singer-songwriter’s newest offering, “Don’t Tell Me,” which is set to hit SiriusXM’s The Highway.

“I’m very excited for everyone to see who I am through this record and to follow my journey in life as I write about it,” shares Crouse.

EVEN THE RIVER RUNS, is a remarkable 10-song collection that highlights Crouse’s songwriting prowess as he had a hand in writing every song on the project. Recently featured in the CW’s smash TV show Hart of Dixie, “Don’t Tell Me” was co-written by Crouse and Nashville hit makers James Dean Hicks and Jamie Houston. Other album highlights include his Top 35 breakout debut, “If You Want Some,” with fan-favorites such as “Why God Made Love Songs” and “You Could Break A Heart Like That.”

The Massachusetts native is known for his energetic live shows, which landed him opening tour slots with some of country music’s biggest stars, including 16 dates on Taylor Swift’s RED Tour. He has also opened for The Band Perry, Toby Keith, Darius Rucker, Sara Evans, and even the Goo Goo Dolls. Crouse recently fulfilled a lifelong dream, as he made his debut on the Grand Ole Opry stage. Thanks to his grandfather, Crouse was introduced to country music and classic rock at a young age, and those influences can be found on his debut album.