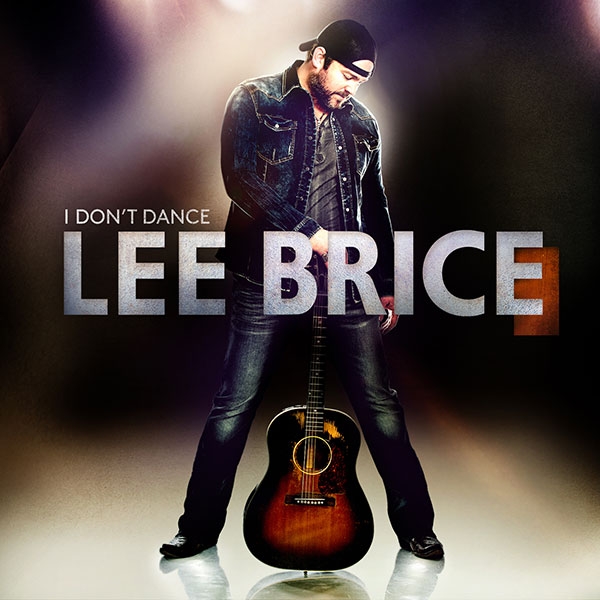 Lee Brice has announced that his new album I Don’t Dance will be released September 9 on Curb Records. I Don’t Dance is the follow-up to his 2012 Gold-selling ‘Hard 2 Love,’ an album that yielded three #1 singles and the CMA/ACM Song of the Year “I Drive Your Truck.”

I Don’t Dance was recorded in Nashville, with Brice writing ten of the album’s thirteen songs, and taking the reigns as producer yet again. He’s been previewing many of the songs from I Don’t Dance on an extensive tour with Luke Bryan this year.

“I wanted to have control over every drumbeat, every lick,” Brice says of his meticulous approach in the studio. “It was a lot of really sitting down and thinking about every little piece that goes into a song.” The result is a hybrid of fresh country sounds with a touch of digital flair — beats underlying banjos, pulses over top of piano.

Brice played every instrument on the summer anthem “Girls In Bikinis,” building the track from the ground up. “Sirens” was cut live in the studio with a full band (including Brice on banjo for the first time), and other songs grew out of beats, loops and studio experiments, a nod to his love of artists ranging from Bruno Mars to Eminem. A personal highlight for Brice is the title track, originally written as the song for his own wedding dance with wife Sara.

“An evocative, rough-edged singer with a penchant for songs that celebrate frailty” (NY Times), Brice moved to Nashville to chase his songwriting dreams after playing football for Clemson in his native South Carolina. He wrote for artists such as Jason Aldean, Tim McGraw and Garth Brooks, whose recording of “More Than A Memory” launched Brice’s stock sky-high. In addition to current dates with Luke Bryan, Lee has also toured recently with Braid Paisley and headlined his own House of Blues tour.

I Don’t Dance is available for pre-order at Walmart.com: http://bit.ly/lbdance