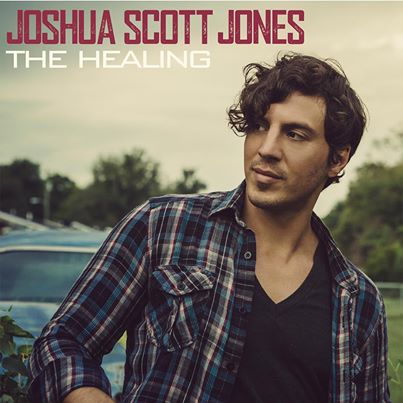 Joshua Scott Jones brings soul and flare to country music with the release of his debut solo album, THE HEALING.  Comprised of 11 tracks, of which he co-wrote and executively produced, Joshua Scott Jones delivers a solid album from start to finish.

With the upcoming release of his new music, Jones stated“This has been a long time coming for me. I feel like it’s really a chance for my voice to be heard.”

The Healing is a well balanced album, infused with several musical elements that country music fans will enjoy and appreciate. Throughout the course of eleven songs, Joshua Scott Jones takes listeners on a journey with his music.  His vocals resonate on each song, and the emotion behind the lyrics does not go unnoticed. As Jones embarks on his solo music career, The Healing makes a strong impact.  The album serves as a great representation to Joshua Scott Jones as an artist, musician and songwriter.

The Healing will be available at retail stores on June 3, as well as digital music outlets such as iTunes by clicking HERE.