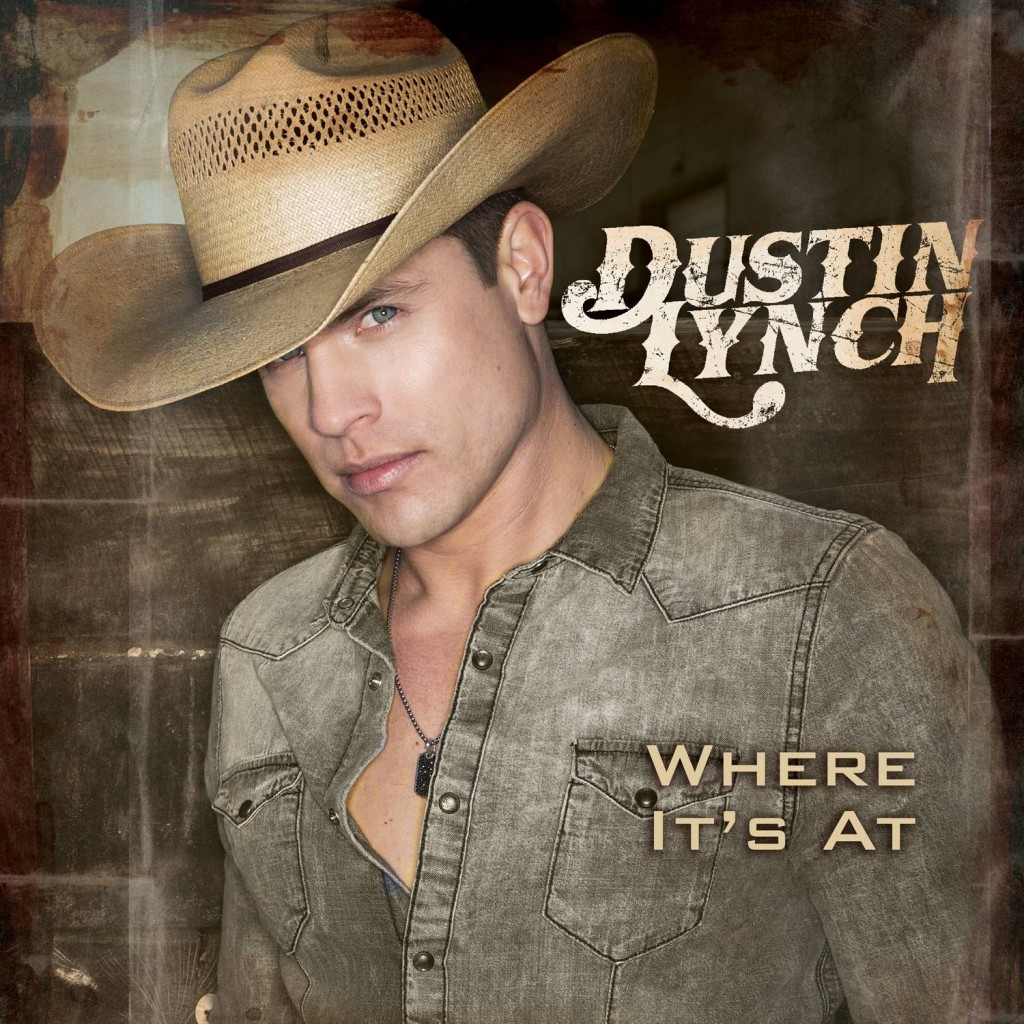 Platinum-selling recording artist Dustin Lynch unveiled details of his upcoming sophomore album – WHERE IT’S AT – to Rolling Stone Country yesterday.  The highly personal new album – which will be released by Broken Bow Records on September 9th – chronicles Lynch’s life over the past two years as he rose from an unknown songwriter to the only new male Country artist to earn a #1 debut album in 2012.

“It’s where I am, as a person and an artist,” Lynch told Rolling Stone Country.  “All the songs on the record are moments I’ve captured and put down. They were inspired by my excitement for life. So [the album title] Where It’s At sounds pretty perfect.”

“There are a lot of moments where we really go for it energy-wise, with the live show in mind,” Lynch continues.  “I learned that from watching Keith Urban [while on tour with him] every night.”

Lynch co-wrote 5 of the songs appearing on WHERE IT’S AT,including the album cut “Middle of Nowhere” in which Lynch laments the confusion of being stalled in the “friend zone” – a song he was inspired to write by a chance encounter with a flirty two-stepper in Dallas, TX.  A special, acoustic in-studio performance of the song (and more on the girl who inspired it) can be seen only at Rolling Stone Country.  Watch it here:http://www.smarturl.it/ygc4g6

Stand-out tracks include the heartfelt traditionalist ballad “Your Daddy’s Boots.”  Written by Lynch, Tim Nichols and Josh Leo, the same trio that wrote platinum-selling anthem “Cowboys and Angels,” the song chronicles the feelings of a groom as he watches his bride dance with her father and hopes he can fill his boots. Up-tempo rocker “Hell of a Night” percolates with an edgy energy while “Sing it to Me” is a song Lynch cheekily describes as “sexual chocolate.”

Though he didn’t write “What You Wanna Hear,” Lynch says he can relate to the tune penned by Rhett Akins, Ben Hayslip and Ashley Gorley. “I’m definitely a down home guy,” the Tullahoma, Tennessee native says.  “If I have a day off, I’m driving the country roads just chillin’ out or going home to turkey hunt and going fishing on the river. Lyrically I relate to that song because it’s what I do and musically it’s so catchy.”

Classic country arrangement “She Wants A Cowboy” is an homage to Lynch’s childhood hero George Strait while “Halo”  – a melodically-driven yarn about a girl who has more going on behind her angel persona than meets the eye – is poised to have fans two-stepping from coast-to-coast.

Official WHERE IT’S AT track listing: