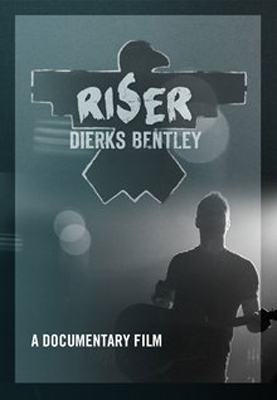 This is the first time that Hulu has ever featured a modern country artist. Directed by Wes Edwards and produced by Ruckus Films, the full-length piece gives fans a glimpse into the country superstar’s life on the road, in the studio and at home with his family.

The film documents the ups and downs following the death of his father through the birth of his first son – the story that inspired his No. one selling seventh studio album RISER that spawned mass critical acclaim.  Most recently, Billboard noted “From the birth of his son to the death of his father, Dierks Bentley has been through a lot lately, and his introspective new LP is proof. He sounds gritty and time-tested…questions life’s meaning with some of the strongest lyrics he’s ever recorded.”

The album’s second single “Drunk On A Plane” is flying up the radio and sales charts and follows the album’s No. one lead single “I Hold On.” Bentley is currently out on the road headlining his 2014 RISER TOUR, which makes stops this weekend in Virginia Beach, VA; Bristow, VA and Holmdel, NJ. For more information on the film and a full list of tour dates, visit www.dierks.com.