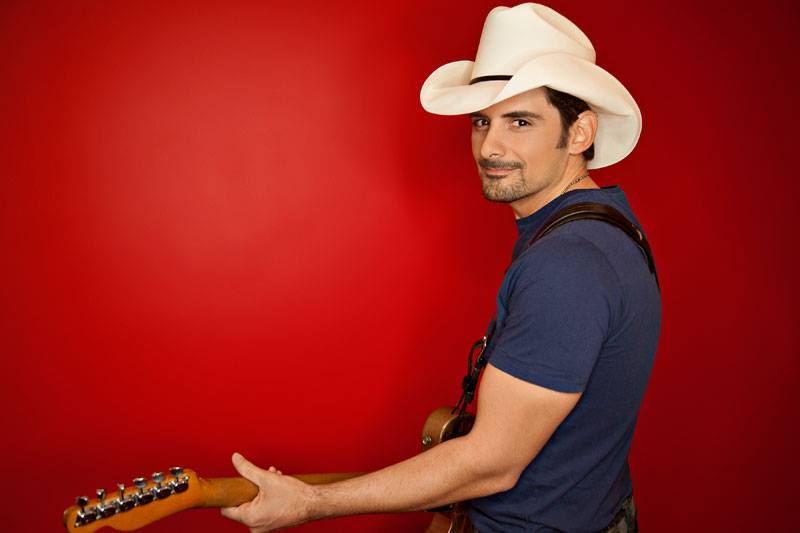 Brad Paisley’s fun summertime video for his current single “River Bank” premiered on perezhilton.com this past Sunday, May 25. A portion of the video was also highlighted on Monday’s edition of ABC’s Good Morning America, with the video making its full-length broadcast premiere this Friday on CMT.

The video was shot on a 150-acre body of water in Alabama and contains the usual summertime fun necessities – sun, water, boats, drinks, bikini-clad ladies AND a water-skiing squirrel by the name of Twiggy.  Also spotted on location was a bald eagle’s nest, a natural predator to squirrels, so eyes were to the sky throughout the day to protect Twiggy.

“River Bank” was directed by Scott Scovill and Roman White (Moo Creative Media) and produced by John Huber and Max A. Butler.

The song is written by Paisley and Kelley Lovelace and is #15 and #16 respectively this week on the Billboard and Country Aircheck country airplay charts.

View the video below and purchase the single at smarturl.it/riverbankitunes.