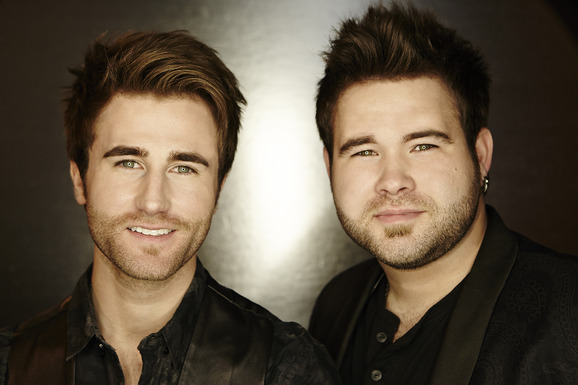 Arista Nashville duo The Swon Brothers have graced stages across the world and in front of millions during their stint on NBC’s “The Voice.” On April 12th they will, for the first time, set foot on Country music’s most revered stage as they make their debut on the Grand Ole Opry.

Brothers Zach and Colton will perform their debut single, “Later On,” which broke the Country Aircheck record for most opening-week radio adds of any debut single in the publication’s history and is sitting at #33 this week on that chart and #31 on the Billboard chart.

Since its release, the single has rocketed to Top 40 status in only three weeks.

“We’ve dreamed about playing the Opry since we were kids and to know that we are going to actually get to sing on that stage is an overwhelming feeling,” says Zach Swon.

“This is going to be one of the greatest nights of our lives,” says Colton Swon. “Playing the Grand Ole Opry seemed so far out of reach as a kid and now we get to follow in the footsteps of our heroes. Really hard to believe it’s happening!”

The Swon Brothers’ debut album, produced by Mark Bright, will be released later this year.

“Later On” is available for sale HERE. For Grand Ole Opry tickets and information, visit www.Opry.com.