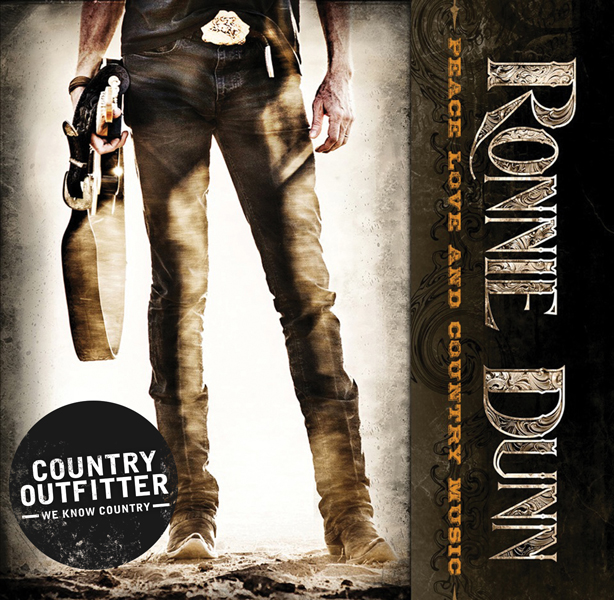 Fans have asked for new music from Ronnie Dunn and today, the legendary vocalist is answering with the release of his new solo album Peace Love and Country Music.

Produced by Dunn and Jeff Balding, Peace Love and Country Music is Dunn’s second album as a solo artist and is being released today, April 8, on his own Little Will-E Records in partnership with e-commerce retailer and Southern lifestyle destination Country Outfitter.

To support the release, Dunn will also be performing “Country This” on The View tomorrow, April 9. The show airs weekdays at 11:00 a.m. ET on the ABC Television Network.

Ronnie Dunn has earned many accolades throughout his more-than-20-year career, as part of country music’s most-awarded duo Brooks & Dunn and as an individual artist and songwriter. He had a hand in writing six of the 14 songs on Peace Love and Country Music, including “Let’s Get the Beer Joint Rockin,” “Romeo and Juliet” and “Country in Texas,” all of which he penned solo.

“I really wanted fans to have a say in which songs I put on this album,” said Dunn. “I put a few songs out on social media to see what people liked, or maybe what they didn’t respond to, and we built the album from there. Partnering with Country Outfitter just makes sense because they represent all aspects of the country lifestyle, and music is a huge part of that.”

The physical edition of Peace Love and Country Music is available exclusively at Country Outfitter, an e-commerce company and destination for Southern lifestyle apparel and entertainment. To purchase a copy, please visit www.countryoutfitter.com. Digital editions are currently available at all digital retailers including iTunes HERE.