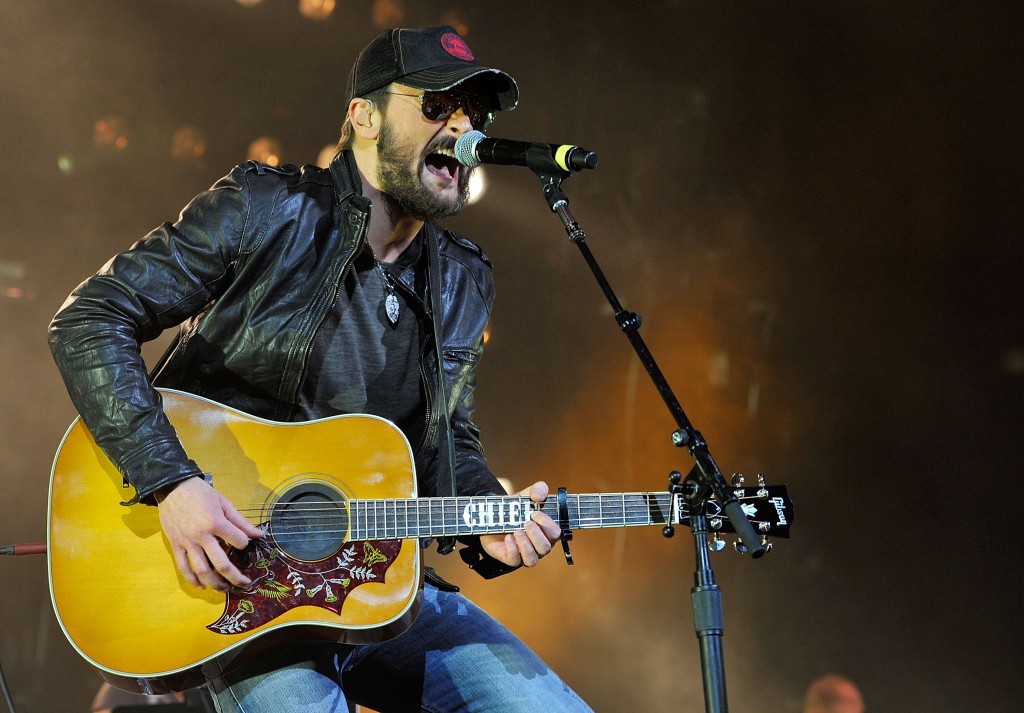 Eric Church’s The Outsiders World Tour will launch in North America on September 11, 2014 with 31 arena dates being announced today. Tickets for the tour, which beings in Bossier City, Louisiana, will go on sale April 18 in select markets with additional information made available on EricChurch.com.

Members of the Church Choir will have access to a pre-sale starting on April 15th. Church selected Dwight Yoakam as the special guest for the entire tour. Opening the tour on different dates throughout the first leg will be rising country music duo Brothers Osborne, critically acclaimed singer/songwriter Brandy Clark, or the hard rocking band Halestorm.

Hailed as a top entertainer by The New York Times, Rolling Stone, SPIN Magazine, and more, Church will bring his rip-roaring attitude when he performs at venues such as Madison Square Garden, Quicken Loans Arena in Cleveland, Wells Fargo Center in Philadelphia, the Sprint Center in Kansas City, the Arena at Gwinnett Center in Atlanta, Thompson-Boling Arena in Knoxville, and FedExForum in Memphis, among others. Church will also return to the Greensboro Coliseum in Greensboro, N.C. where he sold more than 15,000 tickets in 2012 as part of his headlining arena tour, The Blood, Sweat & Beers Tour—which Pollstar named a Top Tour of 2012.

While The Blood, Sweat & Beers Tour employed a succession of backdrops as the focus of the show, Church’s The Outsiders World Tour will use a much more high tech design and will offer fans a 360° view of the entertainer and his band.

On sale dates and ticket information for each market will be announced on EricChurch.com. The best seats on The Outsiders World Tour will once again be paperless so fans get them instead of scalpers.

A limited number of VIP tickets for each show will also be available for purchase. Each VIP ticket includes a premium ticket in the first 15 rows or in the general admission pit, an invitation to a pre-show party at The Outsiders Joint, a two song acoustic pre-show performance by Eric Church, a limited edition show poster, and a dedicated VIP concert concierge.

Fans have the chance to gain access to pre-sale tickets for each show by becoming a Standard or Premium member of the Church Choir. Join the Church Choir by visiting http://smarturl.it/churchchoir.

The first leg of the tour will take place throughout Sept.-Dec. in the U.S. and Canada and is exclusively promoted by Louis Messina of The Messina Group/AEG Live. The dates for the first leg of The Outsiders World Tour with special guest Dwight Yoakum (#TheOutsidersLive) are as follows: