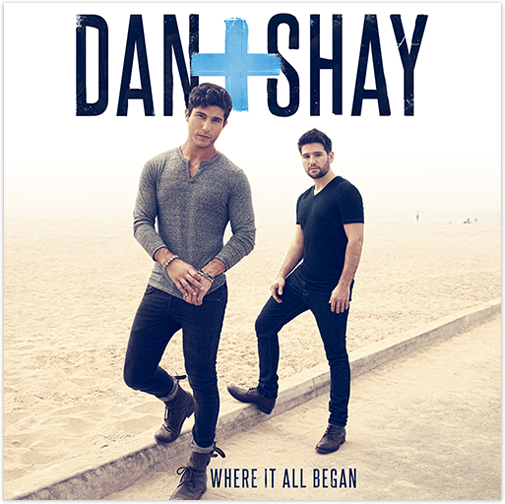 Breakout country duo Dan + Shay (Dan Smyers and Shay Mooney) impressively debuted at No. 1 on Billboard’s Country Albums Chart today with their highly anticipated album, Where It All Began, making them the only duo in SoundScan reported history to debut at No. 1 with their first album on the Country Albums Chart and the highest charting debut artists of 2014.

Released April 1st on Warner Bros. Records, the top honor follows a stellar release week including performances on Good Morning America and The Ellen DeGeneres Show, showcasing their hit single “19 You + Me” which has already sold almost 500,000 tracks and is nearly Top 10. While the debut single was recently featured as a “Hot Music Download” in the new issue of People Country and called out to “equal success” in their USA Today “On The Verge” feature, the pair also celebrated the release of Where It All Began with features on CNN, Access Hollywood, GAC, People, Billboard and more. The ACM Award Nominees recently joined Hunter Hayes on tour through May, stopping last week to perform as the only new artist on the sold-out iHeart Radio festival in Austin, continuing on the road in June with Blake Shelton.

Named an “act that will help define 2014” by Billboard, Dan + Shay wrote every song on their album, as well, the album was produced by Smyers and co-produced by Scott Hendricks and Danny Orton.