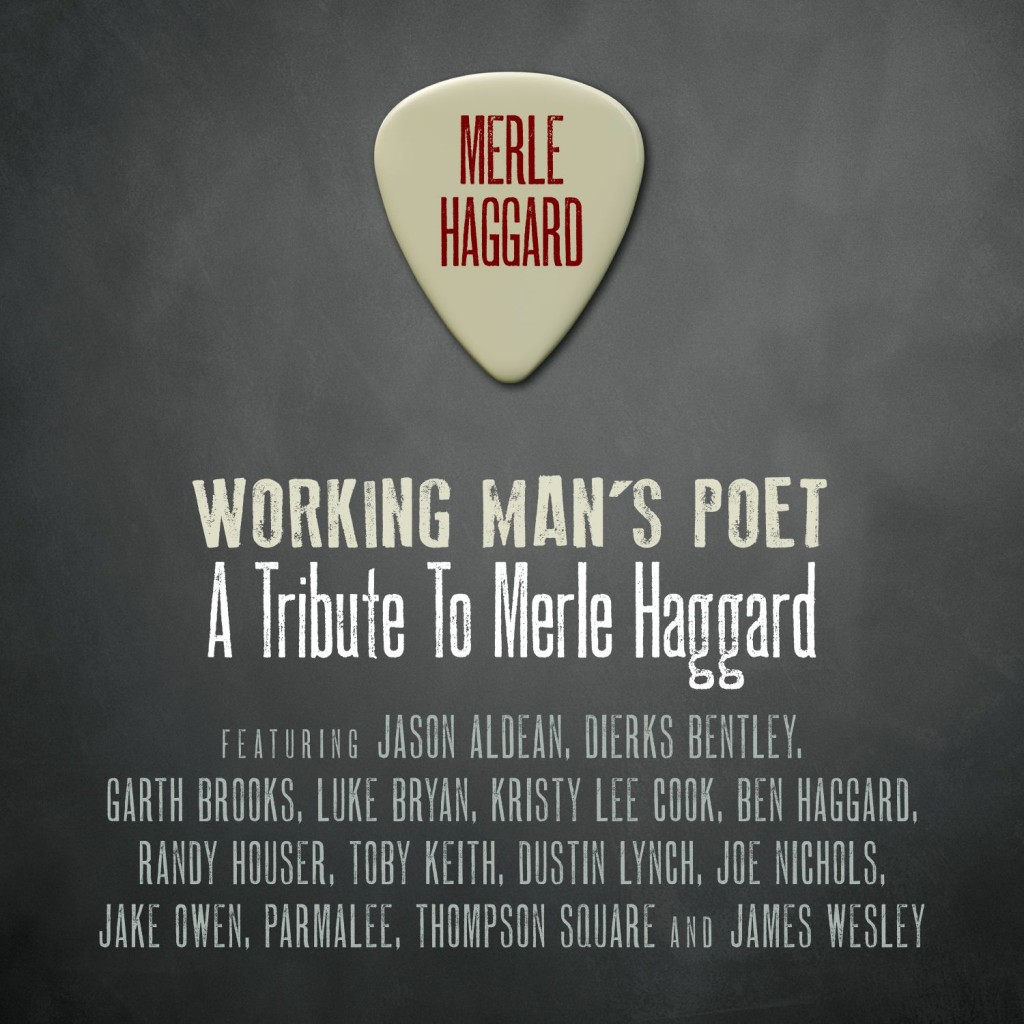 Broken Bow Records is pleased to announce the April 1st release of a star-studded tribute compilation honoring one of the greatest Country music icons of our time – Merle Haggard.  Additionally, the Academy of Country Music and dick clark productions announced today that Merle Haggard, will be honored with the Crystal Milestone Award at the 49th ANNUAL ACADEMY OF COUNTRY MUSIC AWARDS to commemorate Haggard’s prolific 50 years in country music.

The ceremony, which will be co-hosted by Luke Bryan and Blake Shelton, is produced for television by dick clark productions and will  be broadcast live from the MGM Grand Garden Arena in Las Vegas Sunday, April 6 (8:00 PM-11:00 PM, live ET/delayed PT) on the CBS Television Network.

Merle Haggard became the ACM’s first Entertainer of the Year when the award was presented for 1970. That win marked the Academy’s first Triple Crown achievement, as Haggard had already accepted the Most Promising Male Vocalist of the Year award for 1965 and the first of six Male Vocalist of the Year awards the following year. Two of his most celebrated songs have also collected Single Record and Song of the Year awards from the ACM: “Okie From Muskogee” (1969) and “Are the Good Times Really Over” (1982). A winner of the ACM Cliffie Stone Pioneer Award and Poet’s Award, Haggard joined the Country Music Hall of Fame in 1994. In 2014, he will celebrate the milestone of 50years in country music.

*Appears only on Walmart exclusive

The album will be available both in select stores and digitally on Tuesday, April 1st.