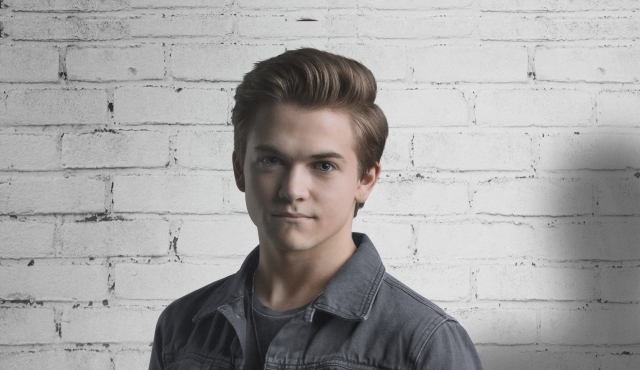 Multiple GRAMMY-nominee Hunter Hayes and ConAgra Foods have teamed up to end child hunger while attempting to break the GUINNESS WORLD RECORDS® record for the Most Concerts Played in multiple cities in a 24-hour period.

Hunter will kick off the “Hunter Hayes’ 24 Hour Road Race to End Child Hunger”, brought to you in part by ConAgra Foods’ Child Hunger Ends Here program, Friday, May 9 on Good Morning America in New York City. He is attempting to break the record (currently eight shows in 24 hours set by the Flaming Lips who broke the previous record made by Jay-Z) by playing 10 shows in 10 cities in 24 hours.

VIP packages for the “24 Hour Road Race” are on sale now. Hunter recently debuted his music video on Good Morning America for his current single, “Invisible” featured on his new album Storyline being released May 6 on Atlantic Records / Warner Music Nashville.

Hunter recently spoke with the New York Times to talk about how important this program is to him and why he got involved. Hayes, who has been working with ConAgra on Child Hunger Ends Here since 2012 said he “was astonished by the statistics” from Feeding America that more than one in five American children “aren’t sure where their next meal is coming from. Awareness is key with something like this, but just as important is that everyone can pitch in to make this story a better story — and how easy it is for us to help.”

While Hayes sets his sights on setting the GUINNESS WORLD RECORDS® record for the most concerts in one day, Child Hunger Ends Here is issuing a challenge to break their own record for the most meals donated in 24 hours. To help us break this record and end child hunger, look for the red pushpin and locate the code found on specially marked ConAgra Foods products. For each 8-digit code entered at www.ChildHungerEndsHere.com, ConAgra Foods will donate the monetary equivalent of one meal to Feeding America.**

Get tickets and more info HERE.