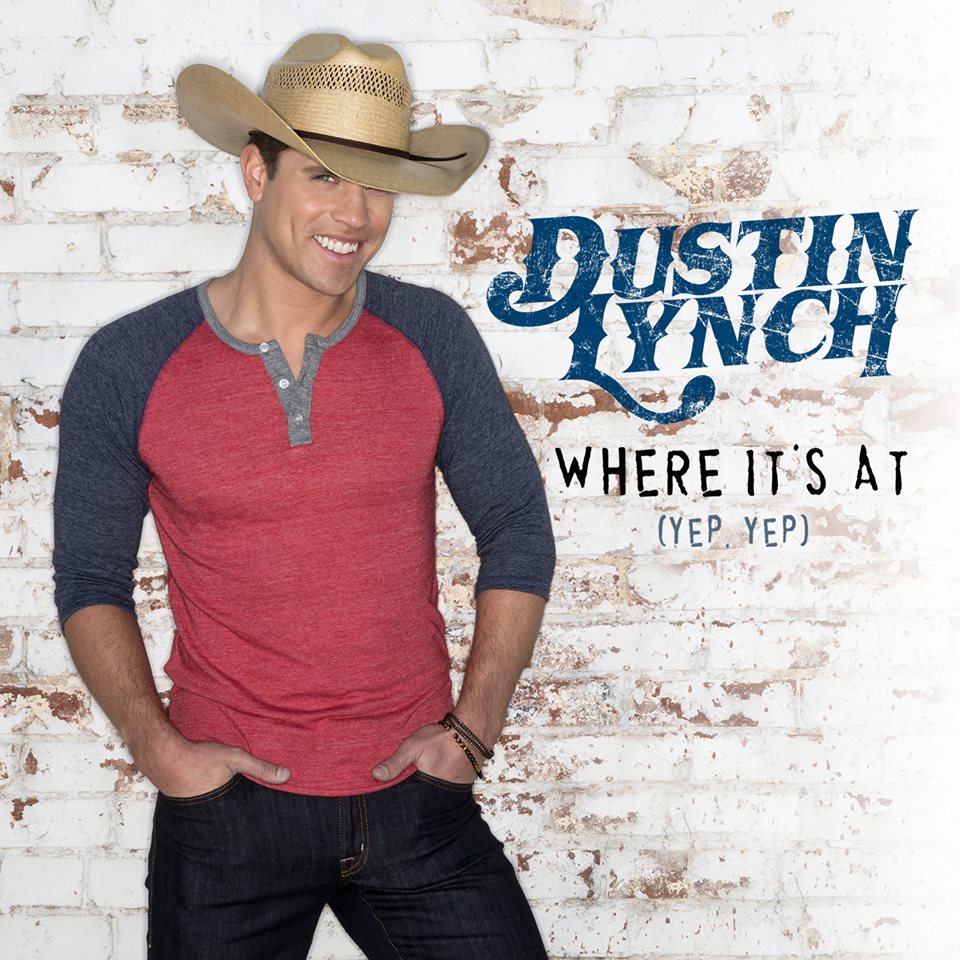 Dustin Lynch is gearing up to release his new single, “Where It’s At,” to country radio on March 31.  The brand new tune is the first release from his forthcoming sophomore album, anticipated for release later this year. “Where It’s At” will be available for digital release on iTunes April 15.

Dustin does it once again and delivers a strong track that makes for a refreshing sound on the country radio airwaves. “Where It’s At” is a well balanced song that captures a contemporary feel, embraced with Lynch’s strong traditional sound at the forefront. The new single is catchy, exciting and most of all memorable. Dustin leaves another solid mark on country music with this new single.

“We go through some amazing moments. We wind up in some amazing places and make some amazing memories throughout life” Dustin shared with us about the new single. “Where It’s At makes me realize, you know what, all that can be even better if you have someone else there to share it with, whether it be a friend or significant other. That’s what this song means to me, it’s got a great message behind it. It put a smile on my face the first time I heard it, so hopefully it will do the same for everybody else.”

Does Dustin Lynch have another hit on his hands with “Where It’s At”??? Yep, Yep, I think it’s safe to say that he does!!!

“Where It’s At” impacts country radio on March 31.  Be sure to call in and request this new single at your favorite country radio station.