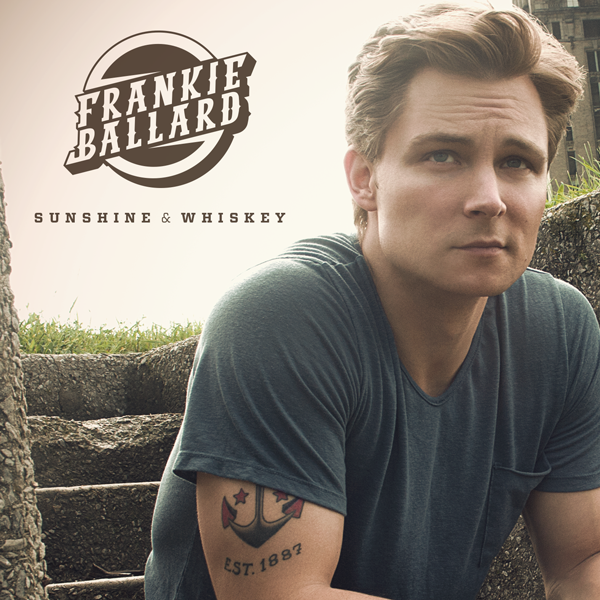 Frankie Ballard is teaming up with Spotify to give fans an advance listen of his new album SUNSHINE & WHISKEY, being released on 2/11 via Warner Bros. Records. Beginning this week, the entire album is exclusively available to stream on Spotify. This special sneak peek also includes three bonus tracks; live acoustic versions of the Top 10-and-climbing single Helluva Life, title track and Drinky Drink.

This Friday (2/7), fans will have the chance to chat with the rising newcomer by tuning in to Spotifys Soundrop app at 2:30PM Central. To hear more about the guitarist-vocalists inspiration behind each song on the project, a commentary album and playlist of Frankies Favorite Songs is also available on the popular streaming service.

Recently Spotify named Ballard as one of their Spotlight on Country Artists to Watch for 2014, a nod which showcases artists from last year who made a strong showing on its viral charts.

Produced by Marshall Altman, SUNSHINE & WHISKEY is now available for pre-order on iTunes and FrankieBallard.com. Ballard has two fan packages available on his site, both containing physical and digital copies of the album; instant downloads of Helluva Life and the music video along with an autographed poster. The premier Helluva Life Pack, will be personalized to each fan and also includes access to a private online listening party and live chat with Ballard.

The Battle Creek, Mich. Native is known for his high-energy live shows and unique blend of edgy, country rock. He currently has dates scheduled through the spring, including a show at Nashvilles historic Ryman Auditorium on 2/18. Watch for upcoming tour dates to catch Ballard in your area.