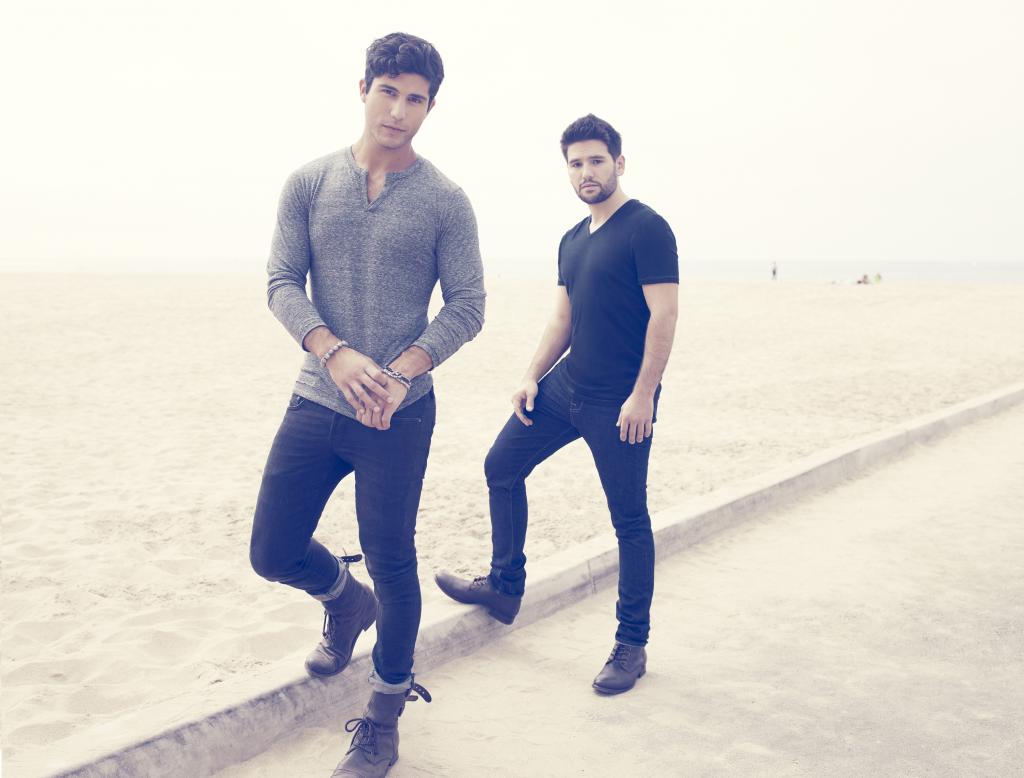 ACM Award nominees Dan + Shay (Dan Smyers and Shay Mooney) are set to release their debut album April 1st on Warner Bros. Records. The yet to be titled release is written entirely by the pair, produced by Smyers and co-produced by Scott Hendricks and Nashville songwriter, Danny Orton.

On February 1st, just a couple days after receiving their first ever nomination for 2014 ACM Awards Vocal Duo of the Year, the pair made their Grand Ole Opry debut, performing their Top 20 single 19 You + Me on the historic stage along with First Time Feeling from their upcoming album to mark the special occasion.

Dan + Shay recently released the official music video for 19 You + Me, which was filmed in Myrtle Beach, directed by Brian Lazzaro and edited by Patrick Tracy. Following an exclusive reveal on CMT, Artists.CMT, iHeartRadio and more than 120 Clear Channel Media and Entertainments country station websites on CMT, the video was quickly embraced ranking No. 1 across the entire artist platform on MTV, VH1, and CMT — notably outranking all other post Grammy artist videos.

The nostalgic feel-good debut single has impressively sold a quarter million tracks and shot into the Top 20 on the charts after only thirteen weeks, earning Dan + Shay the title of the most-added duo at country radio in 2013.

This spring Dan + Shay will go on tour with GRAMMY nominee, Hunter Hayes, on his “We’re Not Invisible Tour” kicking off on March 20 (dates listed below). The country duo will continue on the road this summer with superstar, Blake Shelton, on his “Ten Times Crazier Tour 2014” kicking off in June (dates and venues TBA). Dan + Shay are also the only new artists included on the first annual iHeartRadio Country Festival being held in Austin March 29th, which is already sold out and includes an all-star line-up.

For more info, please visit danandshay.com and follow on twitter.com/danandshay.