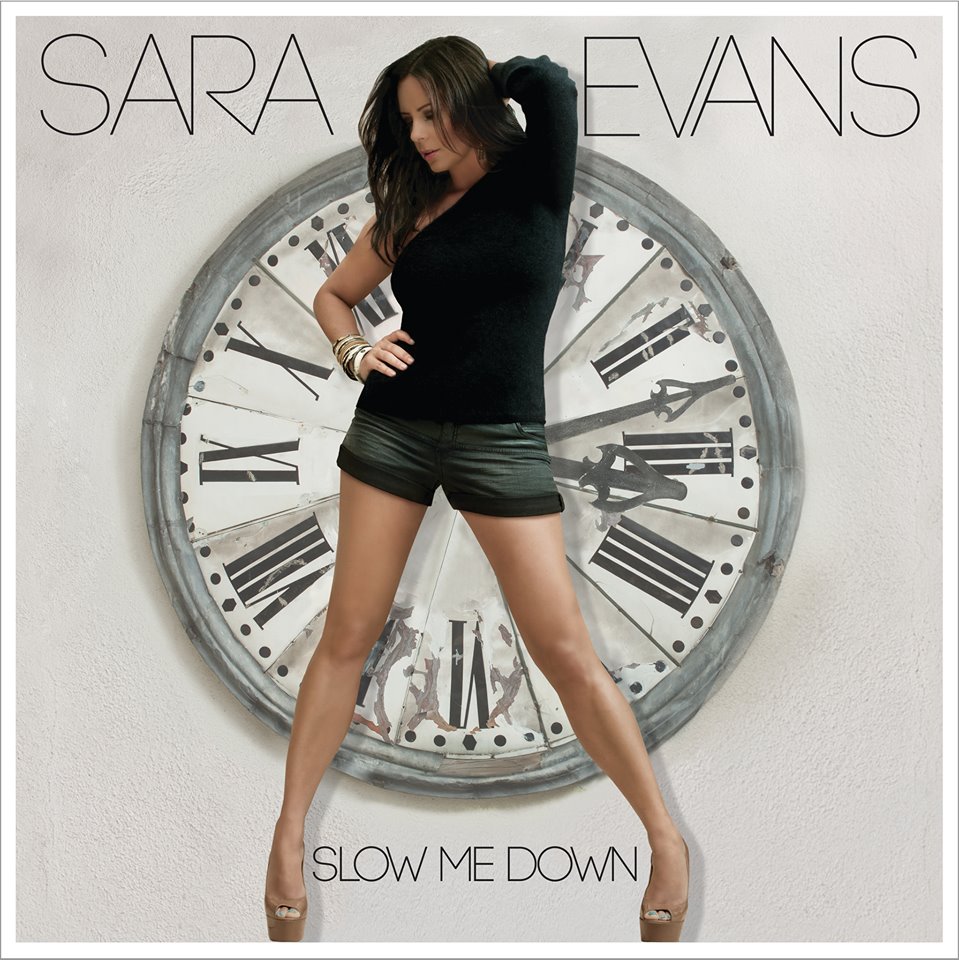 Multi platinum-selling recording artist Sara Evans, one of the most compelling and authentic vocalists in country music, gives fans a behind the scenes look at the making of her highly anticipated seventh studio album Slow Me Down, with an exclusive never-before-seen video below.  She also unveils the album’s cover art and reveals the track listing which includes recordings done with country icon Vince Gill, Isaac Slade of The Fray and Gavin DeGraw.

To celebrate the album cover and track-listing unveiling Sara offers fans a behind the scenes look at the making of Slow Me Down featuring co-producer Mark Bright (Reba McEntire, Rascal Flatts, and Carrie Underwood), who Evans last worked with on her Platinum-selling #1 album Real Fine Place (2005). The video takes fans inside the studio for a look atEvans’ collaborations on “Can’t Stop Loving You” with Isaac Slade of The Fray and gives a glimpse into “Not Over You” a cover of Gavin DeGraw’s hit with Gavin singing harmonies. Watch the video here.

Slow Me Down comes over two years after the release of Stronger, her second Billboard Country Album Chart #1. The title track has been steadily climbing the charts with the companion video featuring NASCAR great Carl Edwards in heavy rotation on both CMT and GAC, http://smarturl.it/SlowMeDownVEVO. Slow Me Down is Sara Evans at her finest, with her signature powerful vocals that will serve as a reminder of why she has had a level of success reserved for few. Evans co-wrote three of the albums eleven-tracks and some of Nashville’s finest songwriters are represented on Slow Me Down. A virtual who’s who of songwriters on the album include Dave Berg (Keith Urban, Reba McEntire, Blake Shelton), Shane McAnally (Florida Georgia Line, Kasey Musgraves, Kelly Clarkson), Karyn Rochelle (Trisha Yearwood, LeAnn Rimes, Ronnie Milsap), Sarah Buxton (Keith Urban, The Band Perry, Gary Allan), and Shane Stevens (Lady Antebellum, Kellie Pickler, Montgomery Gentry), amongst many others.

Slow Me Down’s title track, chosen by Billboard as one of the “10 Best Country Singles of 2013,” has been rapidly climbing the charts. Fans can pre-order the Slow Me Down album by going http://smarturl.it/amzslowmedown.

The track-listing for Slow Me Down is as follows: